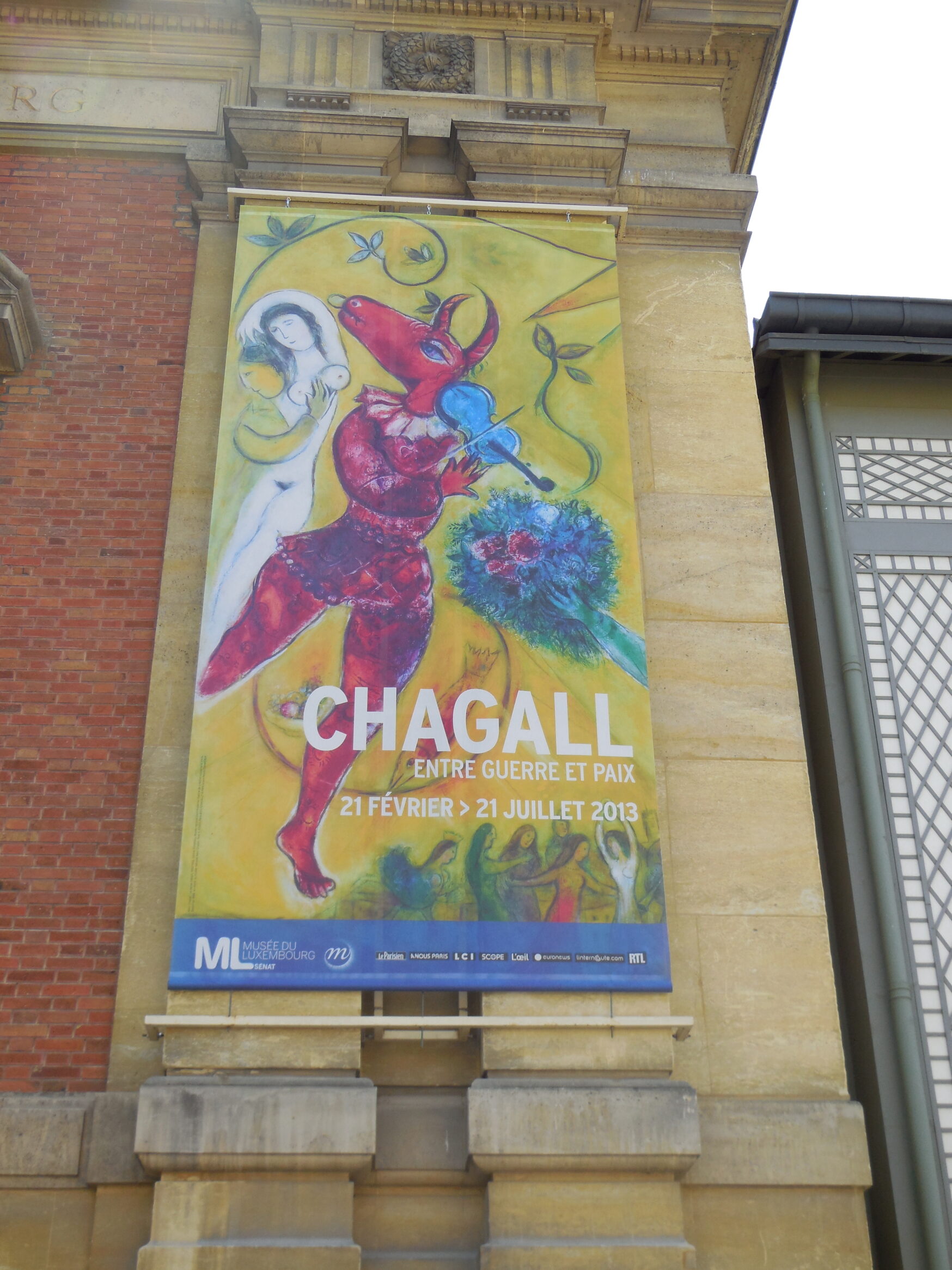 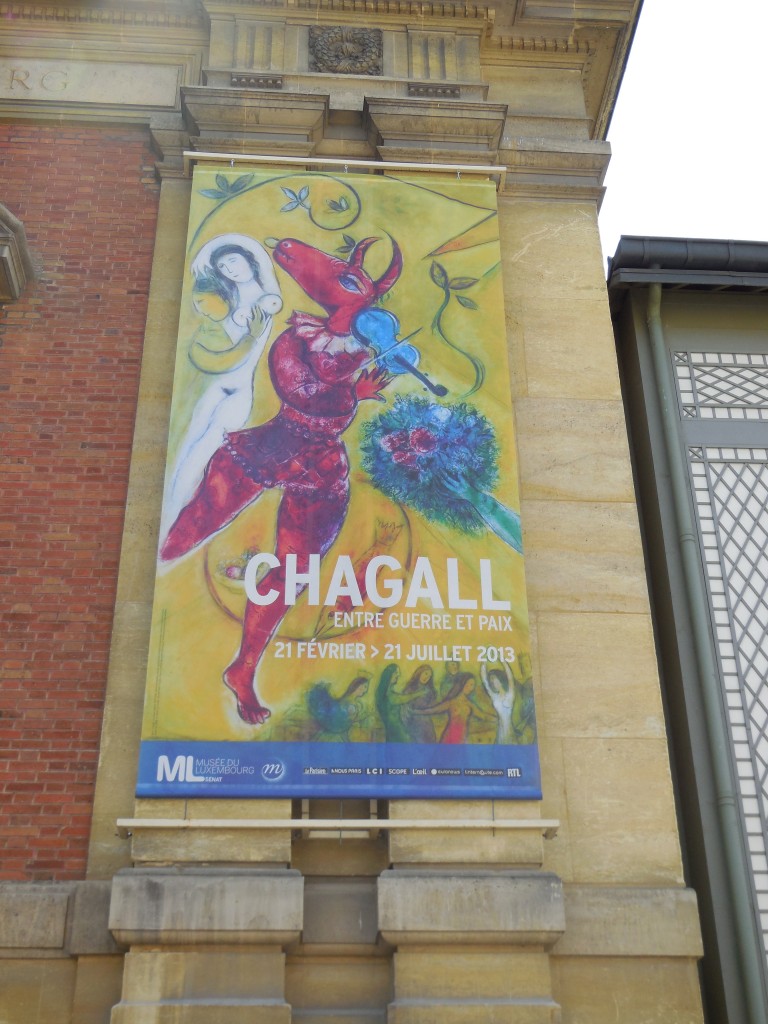 Is it a crime to love the exhibition of Chagall at Museé du Luxembourg?

Apparently it is. I was caught trying to take a Chagall at the exhibition in the Museé du Luxembourg. In 2013 I was also caught trying to take a Cézanne in the exhibition at The Musée du Luxembourg and was threatened with jail (read story). I just can’t help myself when it comes to art in Paris. The Cézanne was a complete mistake because I had been snapping photos at museums for years (sans flash) and did not realize that the Cézanne Exhibit Between War and Peace was off-limits to photographs. 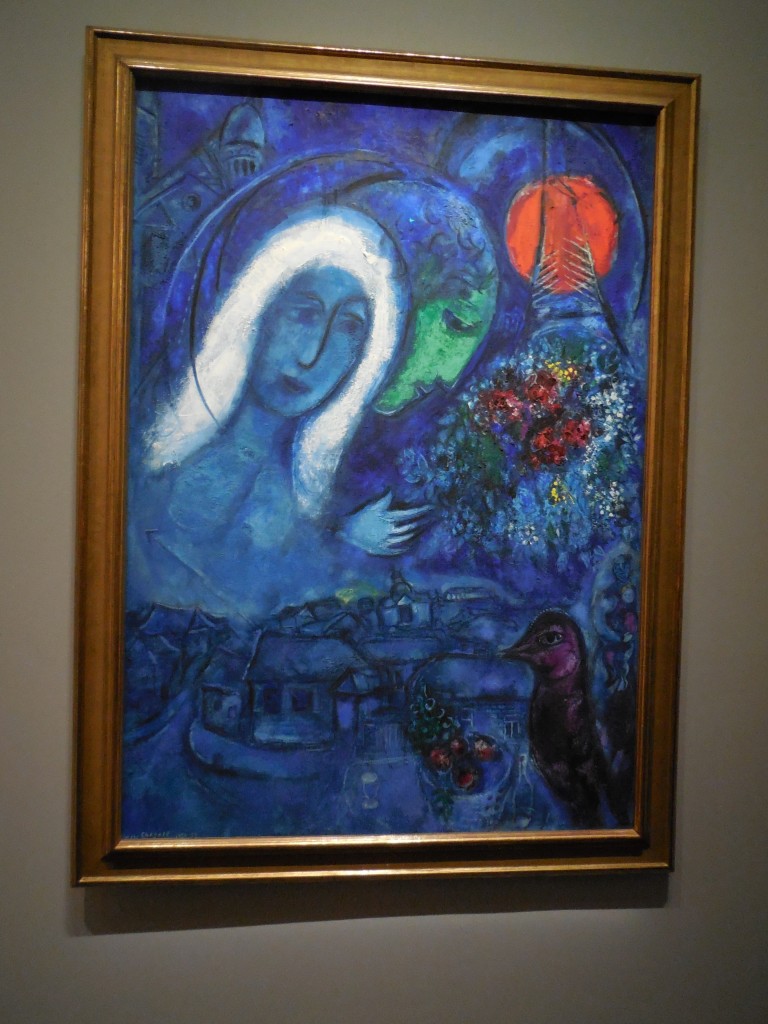 The Chagall was a different story. I asked if I could take photos when I entered the exhibition and the docent sitting in the corner said, “Oui!” I swear that is all she said. There was no “attention” to the notices or anything, just a simple “yes” that I could take snapshots. People were clicking away at the paintings to I began to as well. Only after I took one particular photo did a security officer come over to chastise me. “Deja-vu” I thought and felt a little tear pricking at my eye. Am I on a security watch list I began to wonder? I just knew that Cézanne thing would come back to haunt me.

The security guard immediately broke into his best English and told me everything was ok and I should not worry, it’s just that a few pieces have a request to not be photographed. He pointed to a little sign next to the piece in question with a petit camera with an X through it. I offered to erase the image off my camera and handed it to him. He laughed and said it was no problem, just pay more attention. He could not have been sweeter! 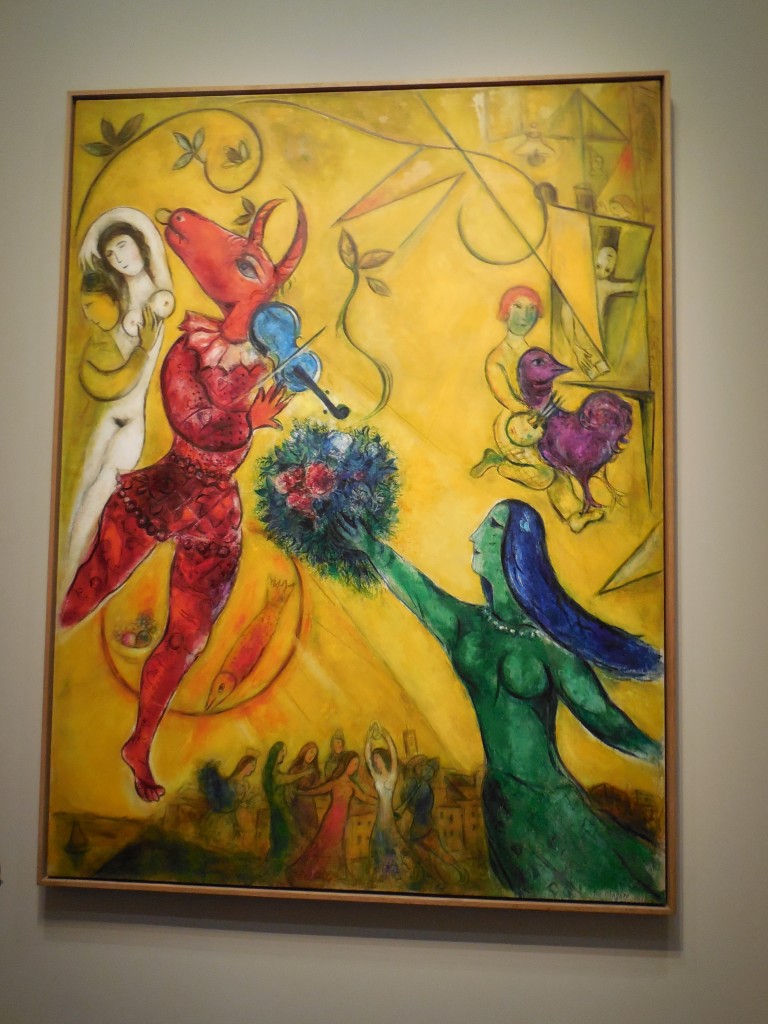 La Danse – the most recognized piece by Chagall

Lessons learned: one was to ask if you can take photos, lesson two was to read each and every exhibit entry description and look for the camera symbol. I already adhere to, and always have, the no flash rule to preserve the colors for generations to come. The moral of the story for my readers, “Do as I say, not as I do” and you will be just fine!

The exhibit was incredible and sadly it finished a few days ago, but you can still see Chagall’s best work on the ceiling of the Paris Opera House at the Palais Garnier. It is breathtaking!

All photos property of Weekend In Paris. Must obtain permission

And then there is my camera which turns the flash on when I’m not looking. (I swear it does.) So I think I’m adhering to the rules and surprise–there’s that color fading flash. It makes me feel terrible too. You’re not alone.

I love Impressionism and take it (photo or not) whenever I can!

I am just glad I am not the only one!
Thanks, you made me feel better!

There has been a problem with your Instagram Feed.
Error: No posts found.