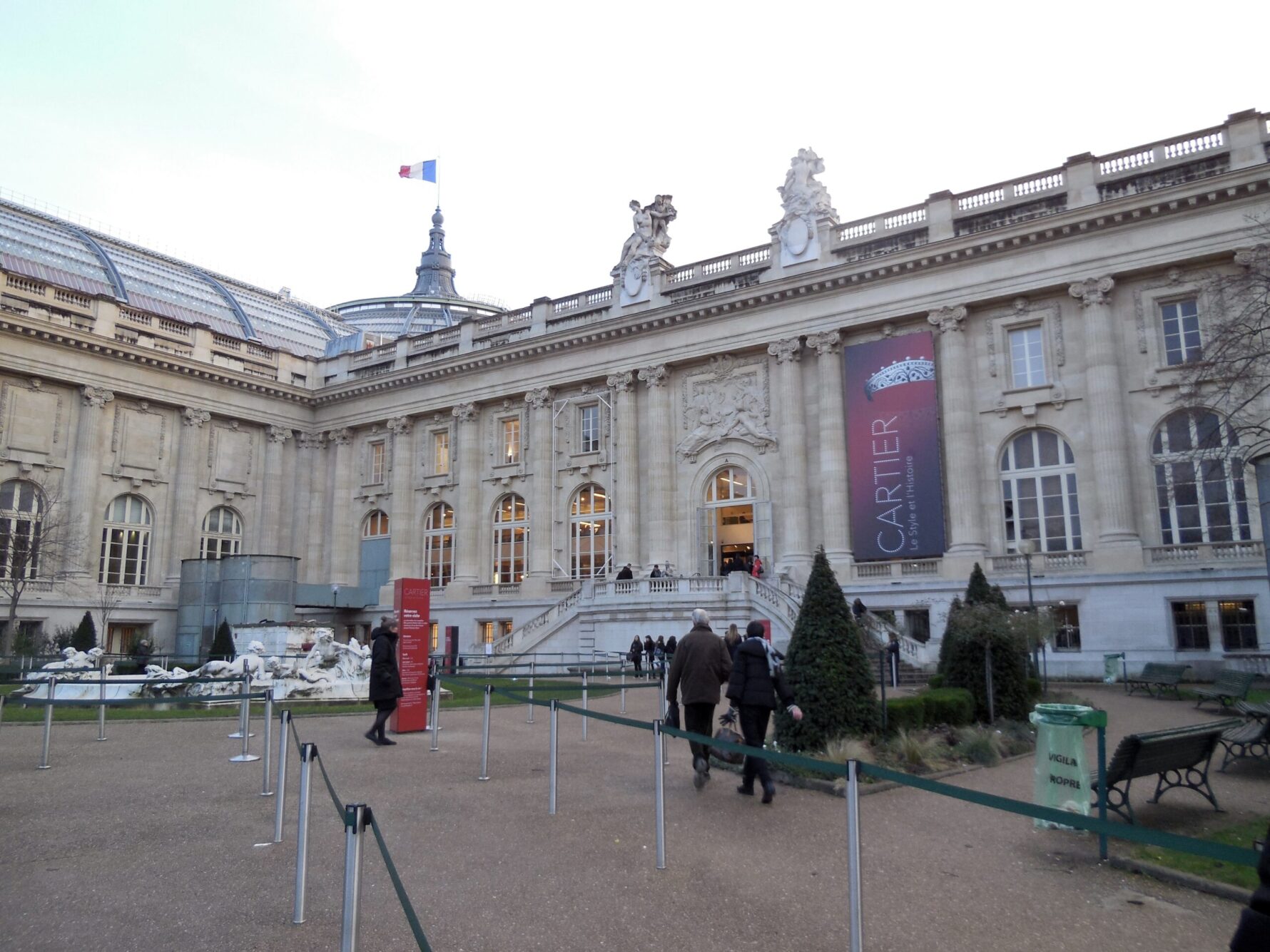 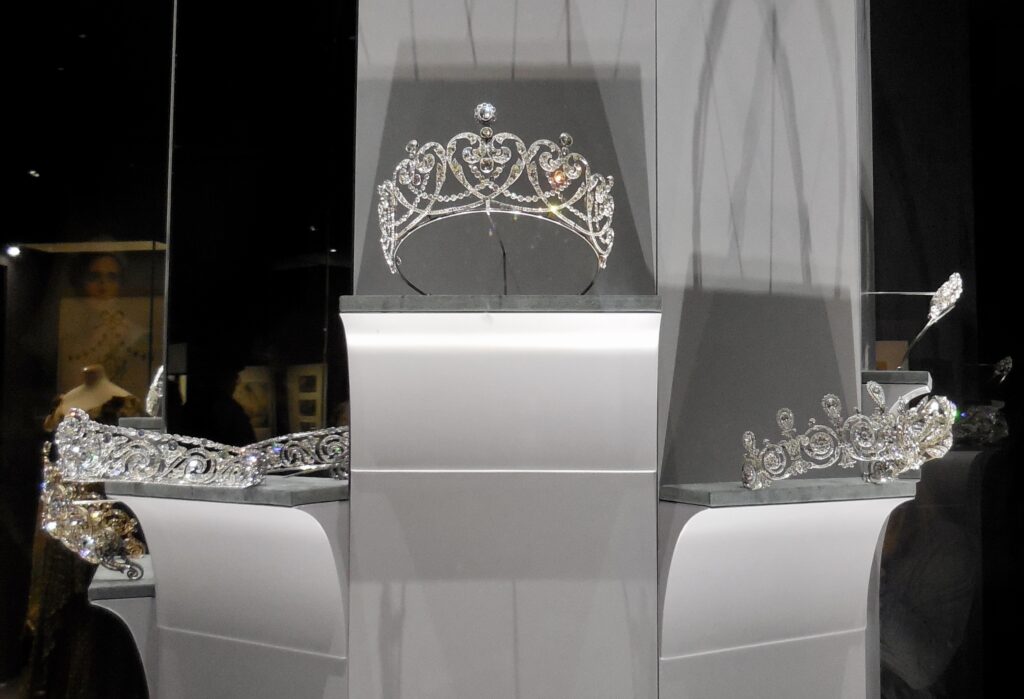 Cartier at the Grand Palais

If diamonds are a girl’s best friend, the Cartier Exhibit at the Grand Palais was the BFF (Best Friend Forever) to thousands of visitors.

The King of Jewelers

The exhibition covered two centuries of history in the world of jewels and the famous women who adorned them. Everyone from Marie Bonaparte to Queen Elizabeth, and beloved Princess Grace wore tiaras made by Cartier that lucky museum visitors adored. Stephane Bern, television presenter, was at the opening of the exhibit and was quoted as saying, “Cartier is the king of jewelers, and jeweler to the kings.” He is too right!

Not since the heydays of formal dinners at Versailles have so many tiaras been seen in one room at one time. Only a powerhouse like Cartier could pull off such a historic gathering of crown jewels which includes exquisite pieces worn by royals and celebrities from every corner of the world. The dramatic entry into the exhibit starts with a big bang; multi-tiered rotating pedestals, highlighting the most famous and glamorous tiaras in the world. Leading with the popular tiaras was a bold move I thought at first, however, the vast collections to follow were even more impressive. We wound our way through the maze of iconic gems and marveled at the breadth and depth of the exhibit. 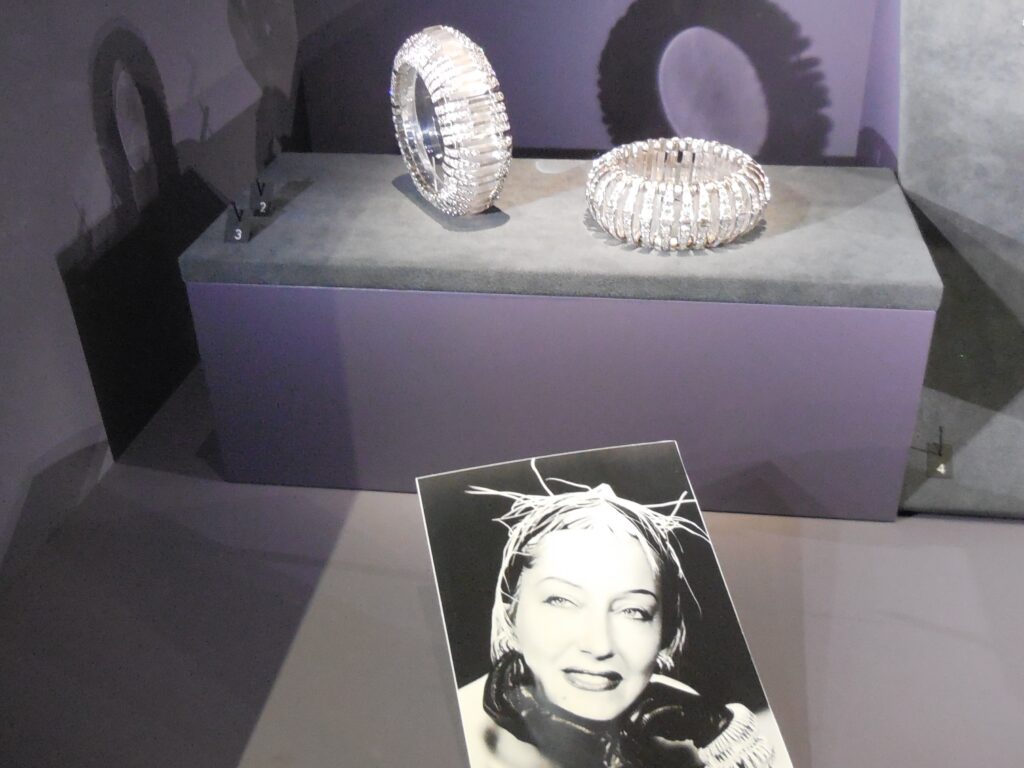 From royalty to celebs, everyone wants to don a tiara

When celebrities want a bit of panache, Cartier is the “go to” jeweler. Actor Richard Burton knew this and purchased a piece for Elizabeth Taylor that featured a pearl once worn by Queen Mary Tudor. She accepted the historical present from the love of her life and turned it into a signature necklace that she wore often. Cartier masterpieces were often seen on the silver screen. Actress Gloria Swanson wore a diamond, platinum and rock crystal bracelet in the films Perfect Understanding and Sunset Boulevard. Swanson was married to Frenchman Michael Farmer and was said to have commissioned the bracelet as part of her marriage celebrations. 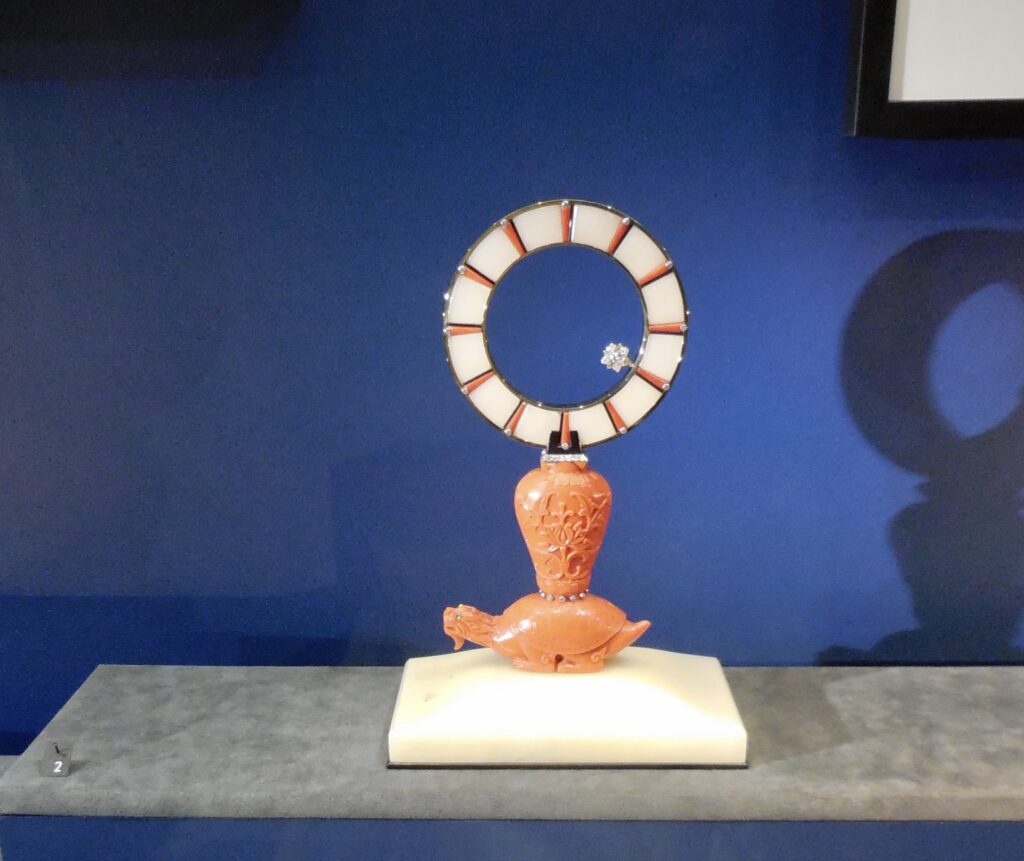 French celebs like comedian Juliette Binochea and Price Albert II were in attendance of the opening night. Sadly, I was not invited. Can you imagine that? I wonder whose head will roll over that oversight. Seriously though, everyone will feel like a VIP just being in the same room with this unprecedented display of diamonds, emeralds, and sapphires.