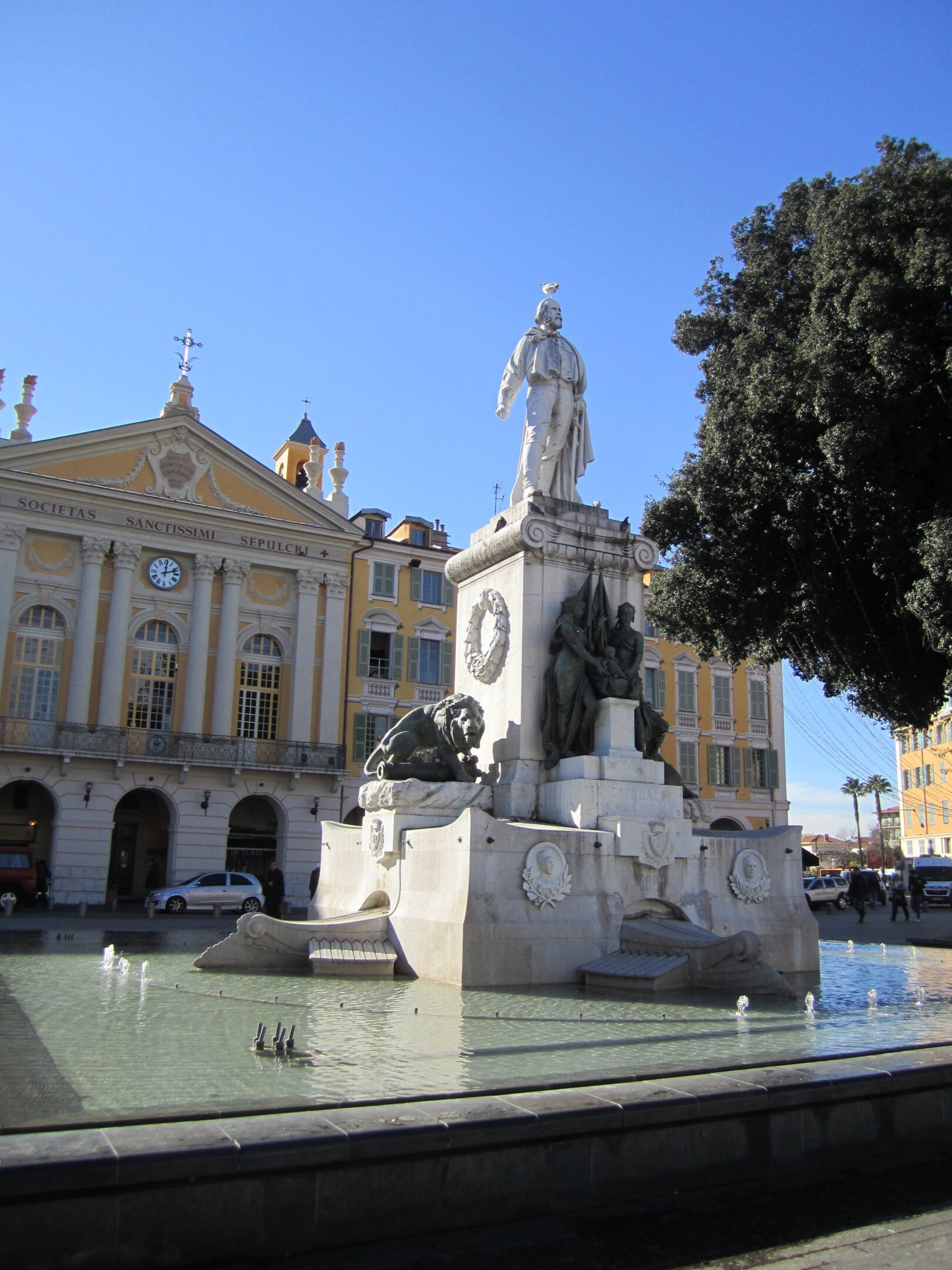 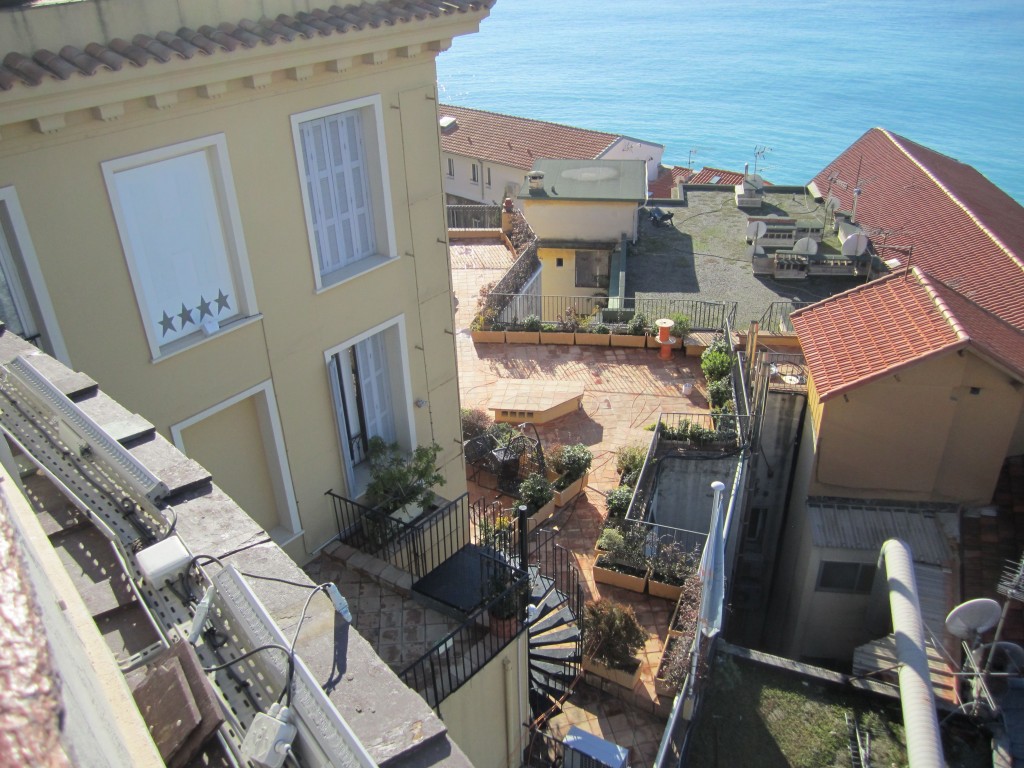 Old Town Nice has deep and complicated roots beginning with Greek civilization and provides us with some of the best sightseeing in Nice and France. According to Wikipedia, “Nice (Nicaea) was probably founded around 350 BC by the Greeks of Massilia (Marseille), and was given the name of Νικαία (“Nikaia”) in honour of a victory over the neighbouring Ligurians (Nike is the Greek goddess of victory)”. A long sordid history ensued and the people of Nice were co-mingled with roots from their Greek ancestors, Italian neighbors and seafarers who landed upon their shores and never left. The port of Nice was one of the busiest in the world and thus was a target for power-thirsty conquerors throughout the ages. 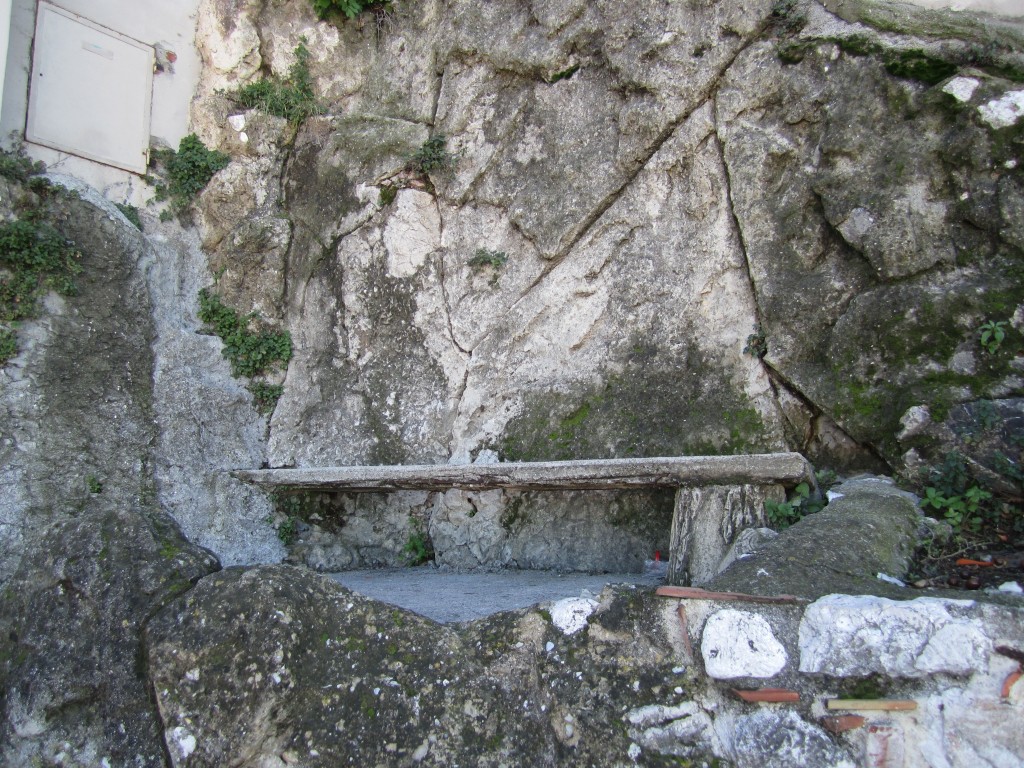 A hidden bench amongst the old walls of Castle Hill

Eventually Nice found herself part of France after the Treaty of Turin was signed in 1860 between the Sardinian king and Napoleon III.  Nice was ceded to France for their loyalty during the Second Italian War of Independence against Austria in which the people of Nice fought mightily. Much of Nice had been pillaged, burned and destroyed by its many occupiers over hundreds of years and little remains of the gorgeous old buildings in the city, but what does remain is the local beauty of Old Town Nice with its breathtaking views of the Mediterranean Sea. 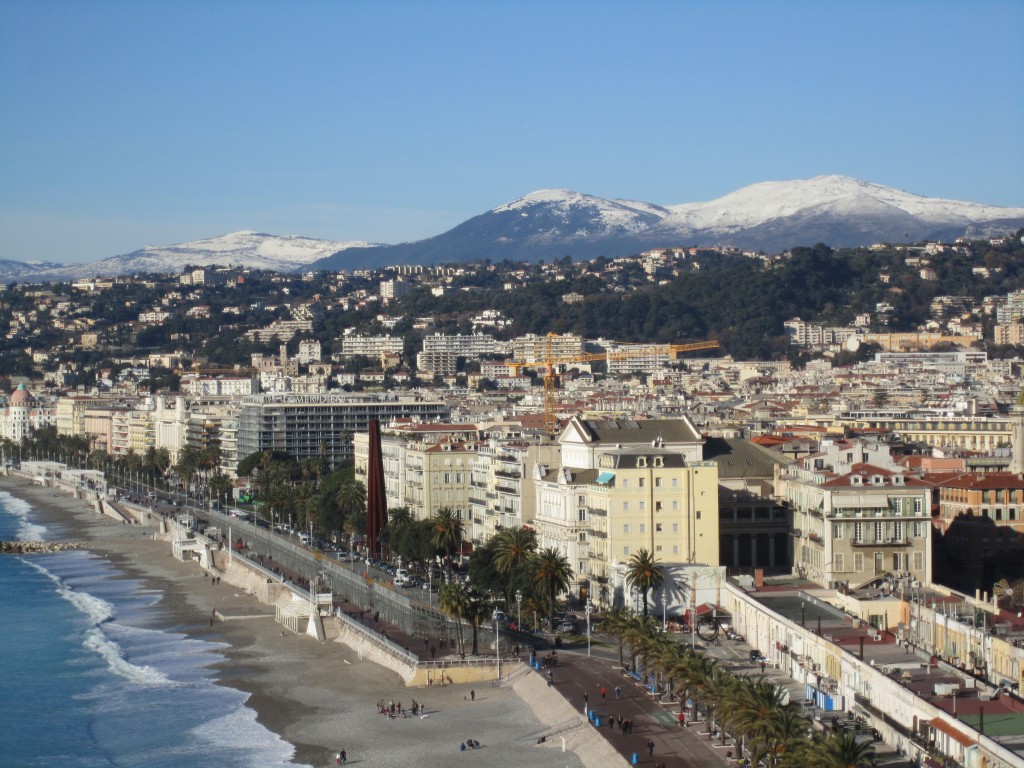 Castle Hill (Colline du Château) is at the highest peak of the city. Only a few fragments of the original walls and building remain, but the observation deck offers some of the best sightseeing vantage points to take in the beauty of the city and its surrounding areas. The majestic views include crystal blue waters, tropical colored buildings and snow-capped mountains in one panoramic setting. Even in winter, the landscape looks warm and inviting. 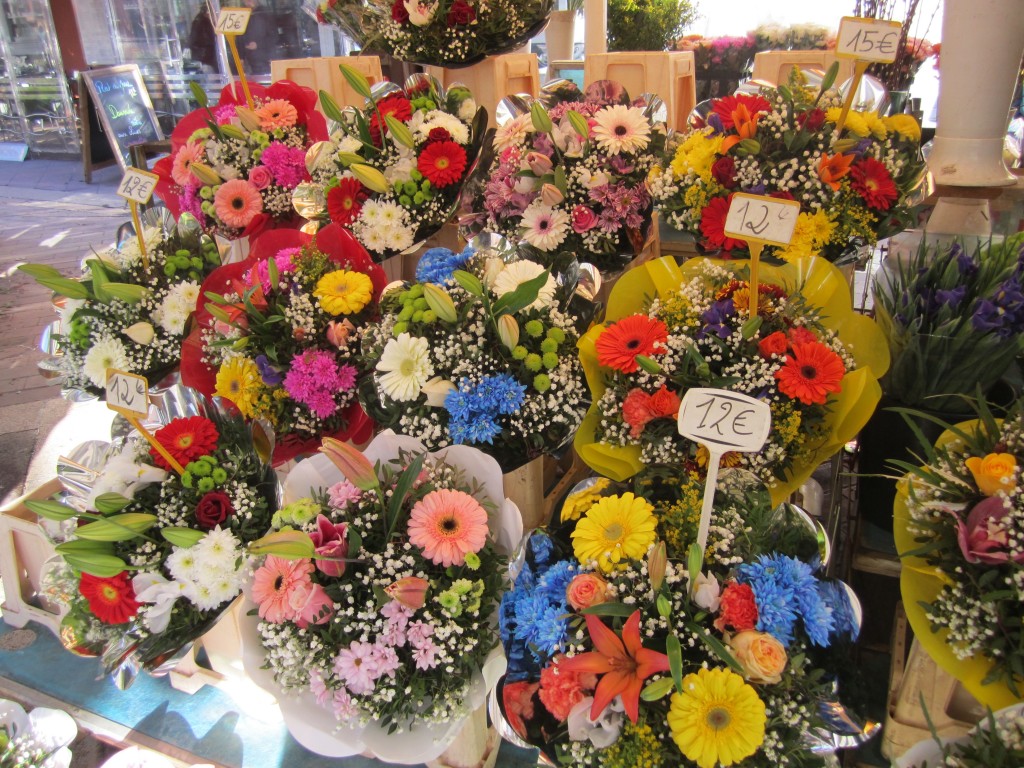 Flowers from the green houses on the hillsides of Nice fill the market with sweet smells year ’round.

The flower market is legendary and worth taking a stroll through early in the morning. The market is located in the Cours Saleya and is open every morning except Mondays and French public holidays. Not only do they sell the most beautiful ready-made bouquets, but they also have fresh fruits, vegetables, fish, jellies, jams, olive oil and candies. Mondays are reserved for an antiques market and in the summer evenings arts and crafts replace fruits and vegetables where shoppers can shop till they drop – it’s open from 6:00pm until just after midnight. 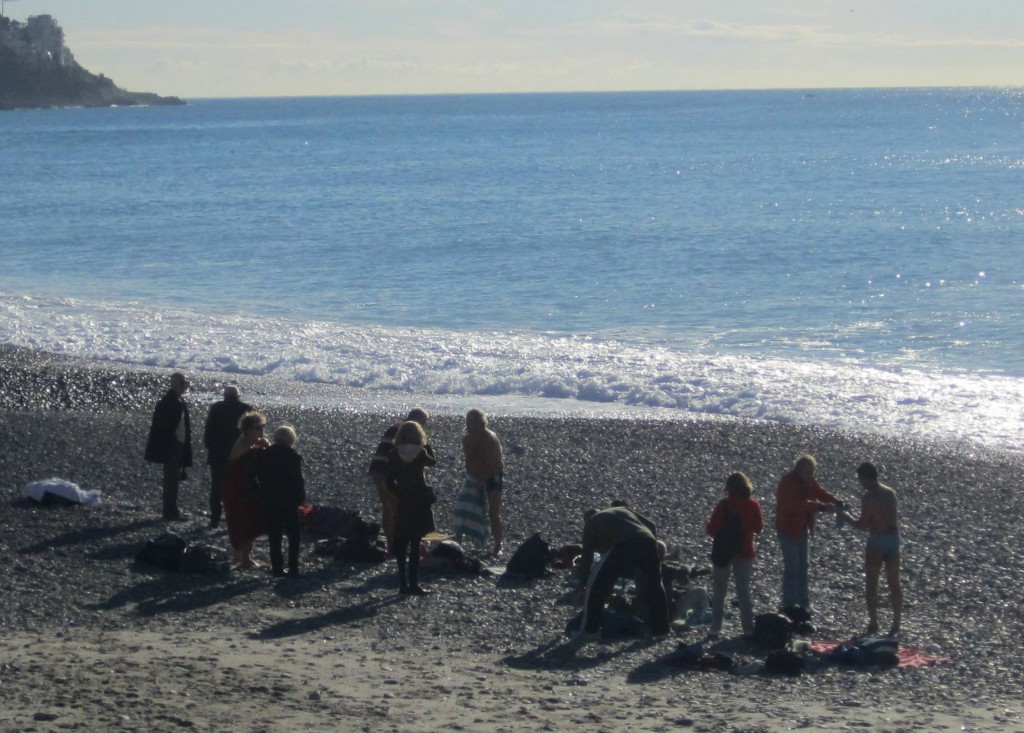 Water sports are more plentiful in the summer months where the sea is dotted with sailing vessels large and small filling their sails with the warm summer air. Sunbathers will be delighted with over 7km of white sandy beaches (15 private and 20 public) flanked by the Promenade des Anglais and charming boardwalk cafés. The calm seas remain most of the year, as does the sun which shines 300+ days a year. Even in the colder winter months, the sea calls out to the local members of the Nice “Polar Bear Club” who swim daily.

Museum lovers rejoice! If you missed the recent Chagall exhibition in Paris, don’t panic, just head south to Nice where you will find the Marc Chagall National Museum. Their permanent collection includes Biblical Message paintings, stained-glass windows, prints, lithographs and some tapestries. The museum is free on the first Sunday of each month and is open every day from May to October. Note: Closed Tuesdays and some holidays. 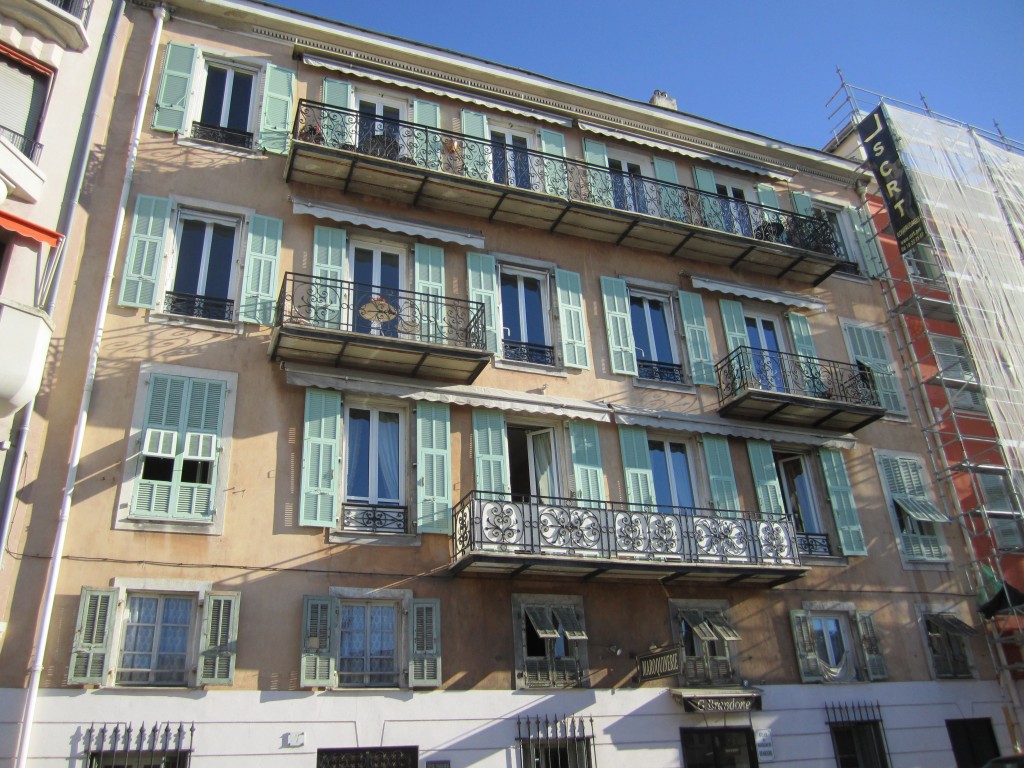 Put on your walking shoes and hit the cobblestone pedestrian streets to take in the architecture, shopping opportunities, cafés and historical landmarks spread throughout the very “walkable” city of Nice. The area of Place Masséna is home to couture fashion houses, jewelers and specialty shops for wine, cheese, olive oil and more. Of course, the heart of the city beats to the drum of Place Garibaldi. A statue of Giuseppe Garibaldi stands in the middle of the impressive square where buildings are lined with yellow or red facades, green shutters and gorgeous vaulted porticoes that are quintessentially Nice.

So much to do in Nice, so little time. I need to head back there soon…le sigh!

Hi!
You are so very lucky to be in beautiful Nice!
Cheers,
Priscilla