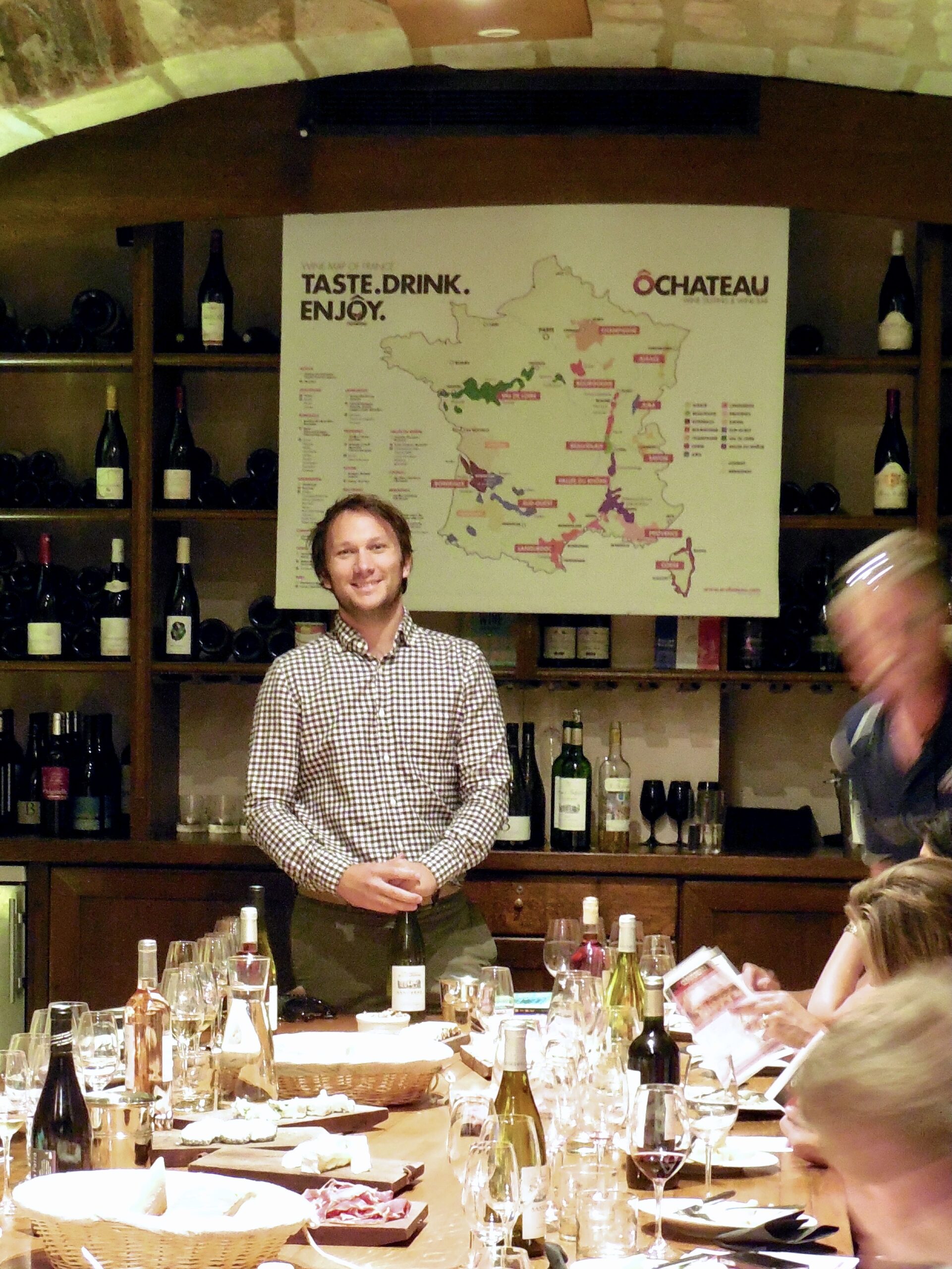 I had the privilege of attending the Wine & Cheese tasting in Paris at a class at Ô Chateau with some family where the motto is Taste. Drink. Enjôy. It was my second time to try my hand (or nose to be more precise) at ferreting out what it is I like about wine and why. Our experience was so terrific that we decided to return another night for dinner to see how Olivier had grown from his love of his wine school into his role as restauranteur (more about the food in a future post.) I was also curious to see if Olivier had lost his zest for fun and become a serious owner of two businesses on top of being the author of several books about wine. Here’s how it all went down… 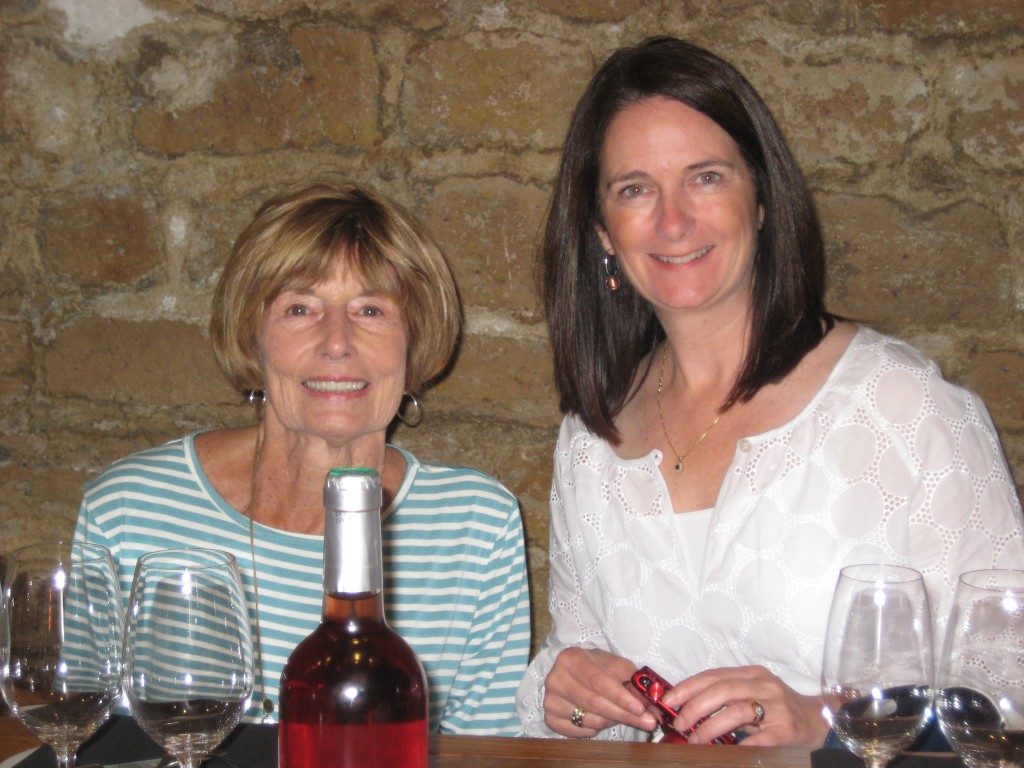 We began by each of us at the large butcher block table introducing ourselves and stating what our relationship with wine is like…novice, expert, dabbler were words thrown out and so it began. An education about wine in a relaxed, conversational manner ensued and much wine was consumed and spit (not because it was bad tasting, so as to not get too drunk from the volume consumed.) Olivier explained the different regions of where is produced in France and how rosé wines are quite popular right now, especially during the hot summer months. Areas that used to be ignored, like Sancerre are all the rage right now! He also touted some fabulous growing areas in other countries like Australia, the US, Spain and Italy. He tailored his discussion around our questions and curiosities about our own relationships with wine and what countries we were from. It was truly an International Wine Summit! 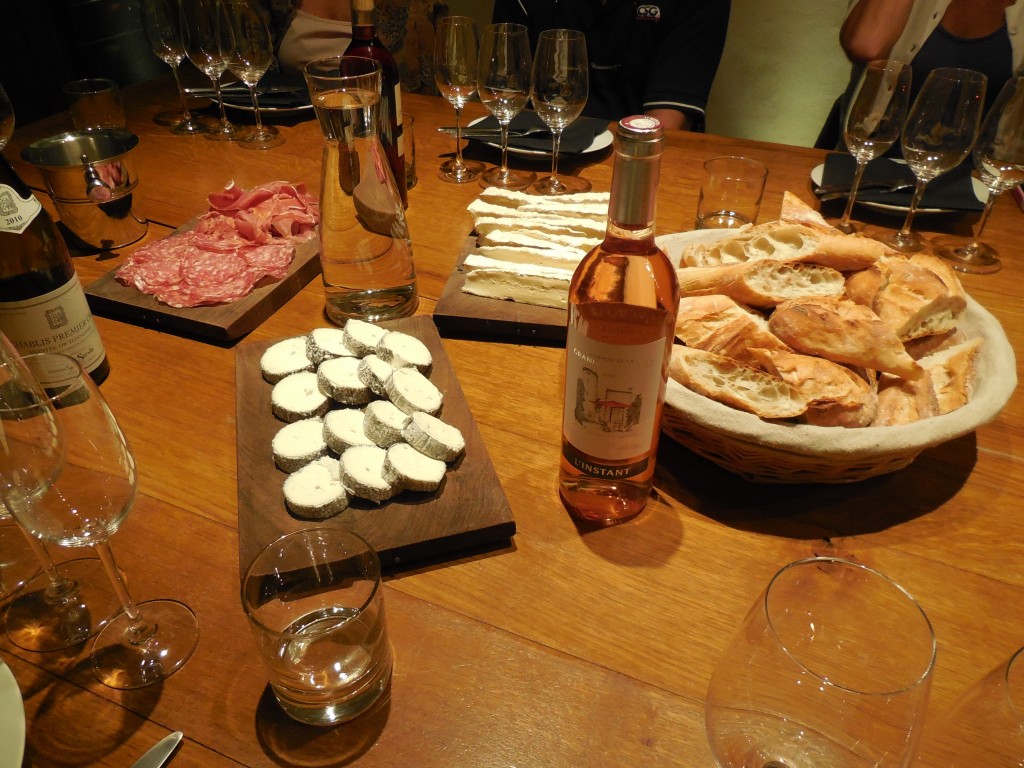 Ô Chateau’s breads, cheeses and meats are of the highest quality and are bought locally

Having attended a wine tasting before at Ô Chateau, I was expecting, quite frankly, to be a little bored. I thought it would be nice for my fellow travelers to get to do this since I enjoyed it so much before, but surprisingly I felt like it was the first time tasting again. This time I already knew about checking the wine for the color (the meniscus or “edge” shows the age), the texture (strong legs means more sugar content) and the fragrance (first nose tells if there is a problem, second nose tells the intensity) so this time I concentrated on the pairings of the foods with the wines and also got out of my Bordeaux/Burgundy comfort zone and gave others a fair shake. Laughs were heard all around the table as Olivier joked about how the story of Dom Perignon discovering champagne may not be accurate, but sure does help sell a lot of champagne.

My tasting notes on four of the wines we drank are as follows (there were two more, but I got so wrapped up in the food, I forgot to take notes!):

Domaine de la Garenne Sancerre, 2012 from Loire (18 €) – dry, but not as dry as I care for, a bit sugary, heavy fragrance, served with goat cheese where the ash edges helped give the wine a nice complement.

Louis Max Clos de la Perrière, 2011 from Burgundy (19 €) – smooth, great edges and very clear color, surprisingly I like this wine made from Chardonnay grapes, paired with brie and bread it was a great combination. 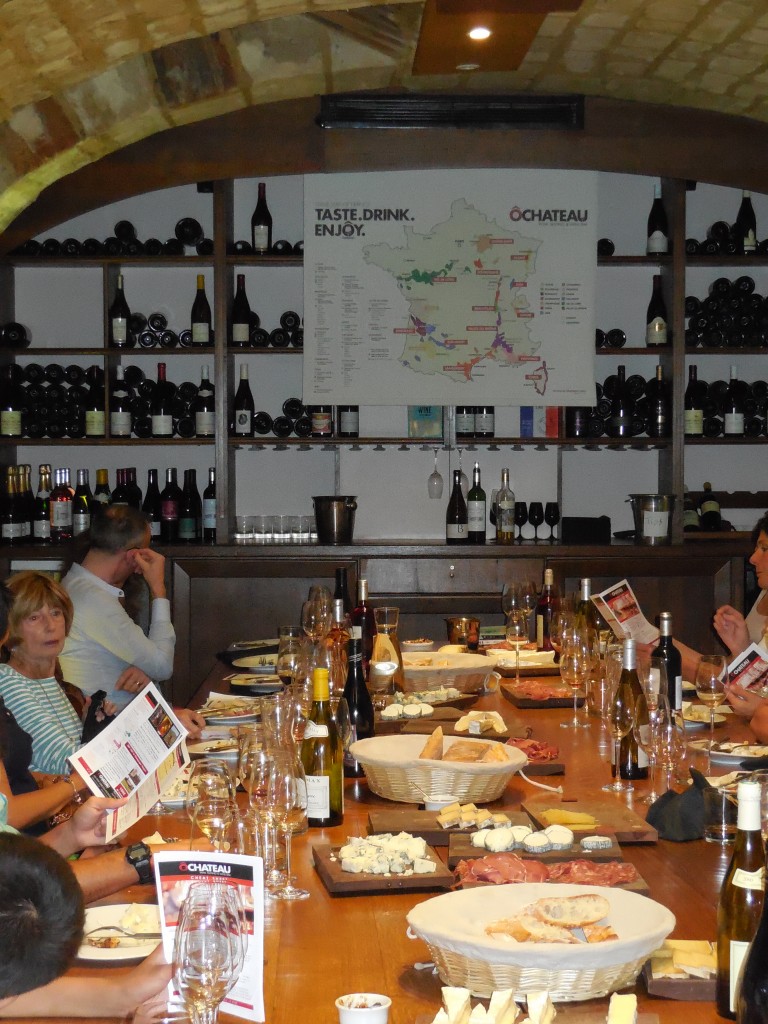 Domaine de Briante, 2010 Beaujolais from Brouilly (18 €) – fruity, robust, second nose same as  the first, I did not care for this one, but I almost never like a Beaujolais because I find them vinegary, others thought it was delightful, served with hard salamis and dry cheeses – compté.

In general, Ô Chateau has stepped up the game with the wine and cheese tasting. The quality of the breads, meats and cheeses has been substantially improved since Olivier opened up the restaurant. I suspect his chef has very good local sources and insists on serving only the best to compliment his fresh food in the dining room upstairs.

The ballots have been counted and BAM! I just read today that Ô Chateau received an Award of Excellence by Wine Spectator magazine for 2013. Am I surprised? Not at all! We tasted, we had a drink (or two), we enjoyed – that’s the Ô Chateau promise and they delivered in SPADES!

My tasting was complimentary with the purchase of tastings for my guests, but as usual, if I didn’t like it, I would not write about it at all. The opinions in this piece are my own.