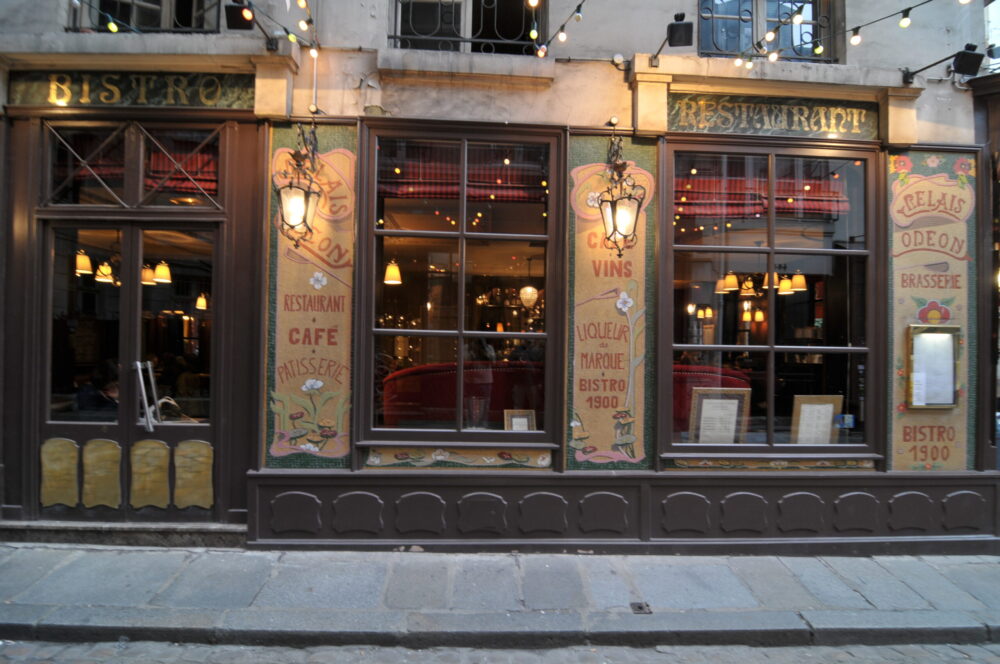 Who says that the French don’t have  a sense of humor?  Those that do have obviously NOT eaten at Le Relais Odéon.  Our waiter (wish I could remember his name) was the funniest waiter I’ve encountered in any city!  He was dying to speak English, but knew very little.  He did, however, like to sing lyrics from English songs that he thought he could relate to our group of gals.  We were treated to snippets of U2, Elvis and Tom Petty.

The eclectic menu at Le Relais Odéon has traditional French bistro favorites, but also serves American staples – the best of which were yummy French fries.  Normally against ordering anything I can get in the states, I succumbed to the temptation once I had smelled the aroma of the freshly fried potato slices of home.  The house Bordeaux is decent and there is an extensive beer list for those missing a brewski from home. 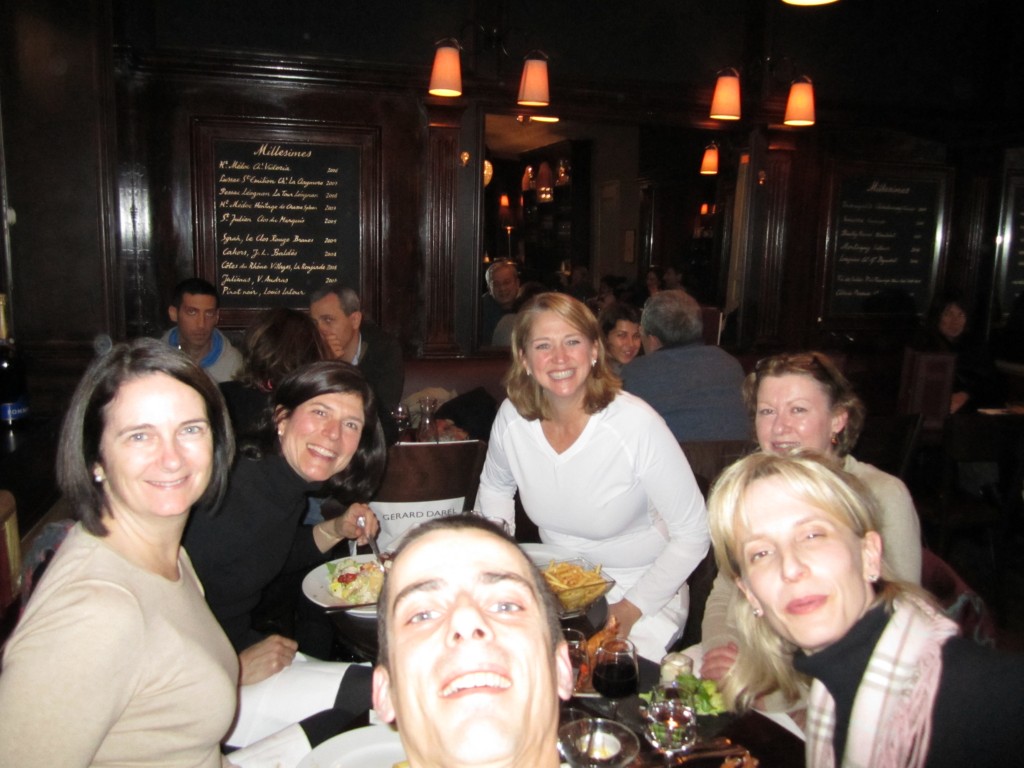 Location, location. location…Handily in the 6th arrondissement, Relais is on the corner of the famous Boulevard St. Germain and rue L’Ancienne de Comedie but also has an entrance in the old cobblestone alley-way behind L’Ancienne which you access through a small archway off St. Germain.  The brasserie part of the restaurant is off the alley and the front facing St. Germain is where the typical bistro/bar portion of the place is located.  After our satisfying and inexpensive meal (approximately 20 Euros per person) we headed up front for after dinner drinks with the rest of the fun people in Paris.

In case you are wondering who took the photo – the waiter took a self-portrait!  He contorted his body backwards in order to angle the camera enough to be able to fit us all in.  Clearly it was not the first time he’s posed with tourists!

It’s open until 2am for late night libations.

Absolutely love it when you can walk away from a Parisian dining experience and say you had a great time! Will definitely have to go check this place out! Thanks for sharing!