The Plan and a Rant

Gal Pal Elizabeth and I will arrive at Charles de Gaulle then Bee-Line it for Gare de Nord to catch a train to Brussels.  You read it correctly – Brussels, Belgium.   I am actually leaving France for a couple of days by choice.  On some level it feels so wrong.  OMD (Oh Mon Dieu) I’m cheating on Paris!  Is it a slap in the face to the city of lights that I am choosing to spend a couple of nights in what some consider its ugly step-sister city?  Some travel reviews I have read commented that they found Brussels boring, but there must be something wrong with those people.  They can’t appreciate the architecture and history of Brussels for forty-eight hours?  Please people, anyone from America who complains about Brussels should stay home and vacation in Hoboken. 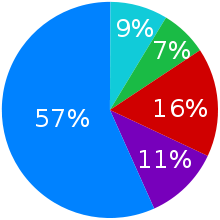 Elizabeth and I chose Brussels after careful research for several reasons.  It is a good fit for a quick trip given the short train ride from Paris and it’s very tourist friendly given the attractions are close to the city center.  I have longed to visit the Grand Palace and view paintings by the great Flemish painter Peter Paul Rubens so touring both will help me cross two items off my bucket list.  Lastly, Brussels will be a good primer, language-wise, for Paris with an interesting Dutch twist.  According to 2006 stats from Wikipedia, seventy-five percent of Belgians speak French and sixteen percent speak Dutch.  I travel for new experiences so hearing the Dutch language will be a neat treat!

There it is in a nutshell; my case for cheating on Paris.  I hope my fellow French bloggers and loyal Francophile readers will forgive my faux pas and embrace my desire to see more of the world.  Don’t worry, no matter how much fun I have in Brussels, it will never match the affection I feel for Paris and her people.

Young Sommelier is one of Bordeaux’s Hottest Wine...

Meet the Cistercian Monk Winemakers on Saint-Honorat in...

I’ve never been to Brussels but I think both cities are great and deserve to be seen. Regards from Hotel Charles de Gaulle

Forgiven :) I spent about 48 hours in Brussels several years ago and while it’s easy to see everything there is to see in that time frame, it’s still lovely.

It’s OK, you can go to Brussels (this time!). Just take your umbrella! But remember the best Rubens paintings are on your doorstep in the Louvre!

Thanks John in France for the vote of confidence and the reminder that it will rain in Brussels AND Paris in January! Last year we even had snow flurries!
Have already seen the Rubens at the Louvre which wet my appetite to see more!
I love that you are a loyal reader of Weekend In Paris and give me your thoughts and tips – PLEASE keep them coming!
Cheers,
Priscilla