Posted at 16:39h in Belgium, France, General Travel by Weekend In Paris 4 Comments 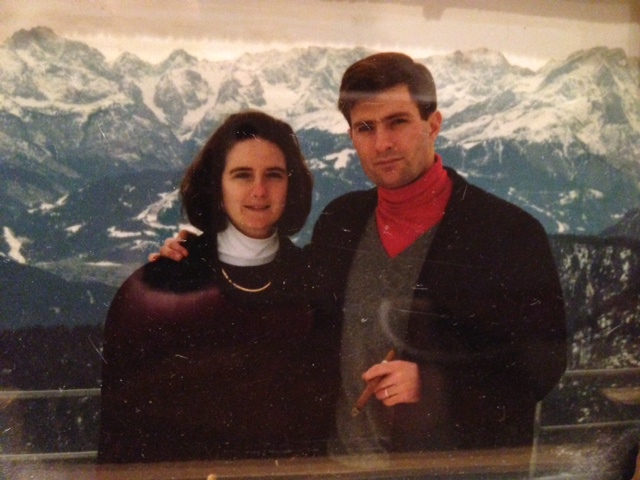 Each Veterans Day I look back at our time living in Europe (stationed there for three years) where I was seriously bitten by the travel bug. It was all due to the military that we were able to afford our first trip to Paris. I also had the privilege of seeing the most beautiful vista in the world in Oberammergau, Germany. I ate the best food of my life while working at the NATO HQ for the Southern Region in Naples, Italy and my first child was born a Brit while working and living in London. The military was good to us. It was not without stress, however. We endured a long six month deployment BEFORE email, cell phones and Skype. The Commanding Officer of the USS Capadanno FF1093 had his car blown up during deployment and five people were killed in the incident in Naples, Italy during our time apart. Thankfully not the CO or Mr. Weekend In Paris. The hours waiting to find out that they were ok seemed to last a lifetime. For part of my pregnancy my husband was deployed to Turkey and Iraq, but he was back for the birth. So many fathers miss their children being born, come home wounded or sadly don’t ever come back alive. I cannot imagine the anguish… 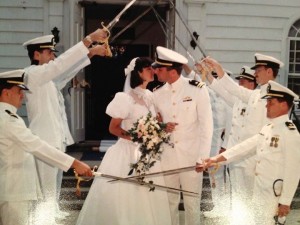 Because my father was not a career military man, I think he was surprised when I married a Naval Officer, pleasantly surprised! The only way he could have loved my military-serving husband more was if he was a Marine. Most of our friends, early on in our marriage, were military folks who attended the US Naval Academy along with my husband – the Thirsty Third Company of the Class of 1986. Post graduation there were more and more fabulous USNA grads and enlisted, commissioned officers and CO’s that we met and adore today Over the years their fabulous spouses blessed us even more. These are among the people who if all hell broke loose, I could pick up the phone and call for help (and my Gal Pals of course). They would be on their way to wherever it is that we needed them – no questions asked. The USNA grads will remember A Message to Garcia – an essay with the message of taking initiative and getting the job done with little debate. The essay is often quoted by military men and women in leadership positions to help illustrate what they are looking for in their personnel.

I was with my father this past weekend and he mentioned how awesome the photo was that I had restored for him last year for Christmas. It was a photo of my grandfather in his Army uniform in Belgium next to a young boy who was the “mascot” for his military division. They boy was dressed in a mini version of my Grandfather’s uniform. My grandfather was injured, sent to recuperate in London and then sent back to Belgium to fight again. He was a tough guy and raised some tough boys of his own. Both served in the military. My uncle served in the Navy and my father in the Marines.

To all we had the privilege of knowing through the military, to those who are no longer with us, to those who came before us and to those currently serving (especially Marine Corps’ Juan Carlos Maravilla):

Thank You and God Bless the USA