05 May Outside Paris – Brussels Hotel Recommendation

Posted at 10:13h in France by Weekend In Paris 5 Comments 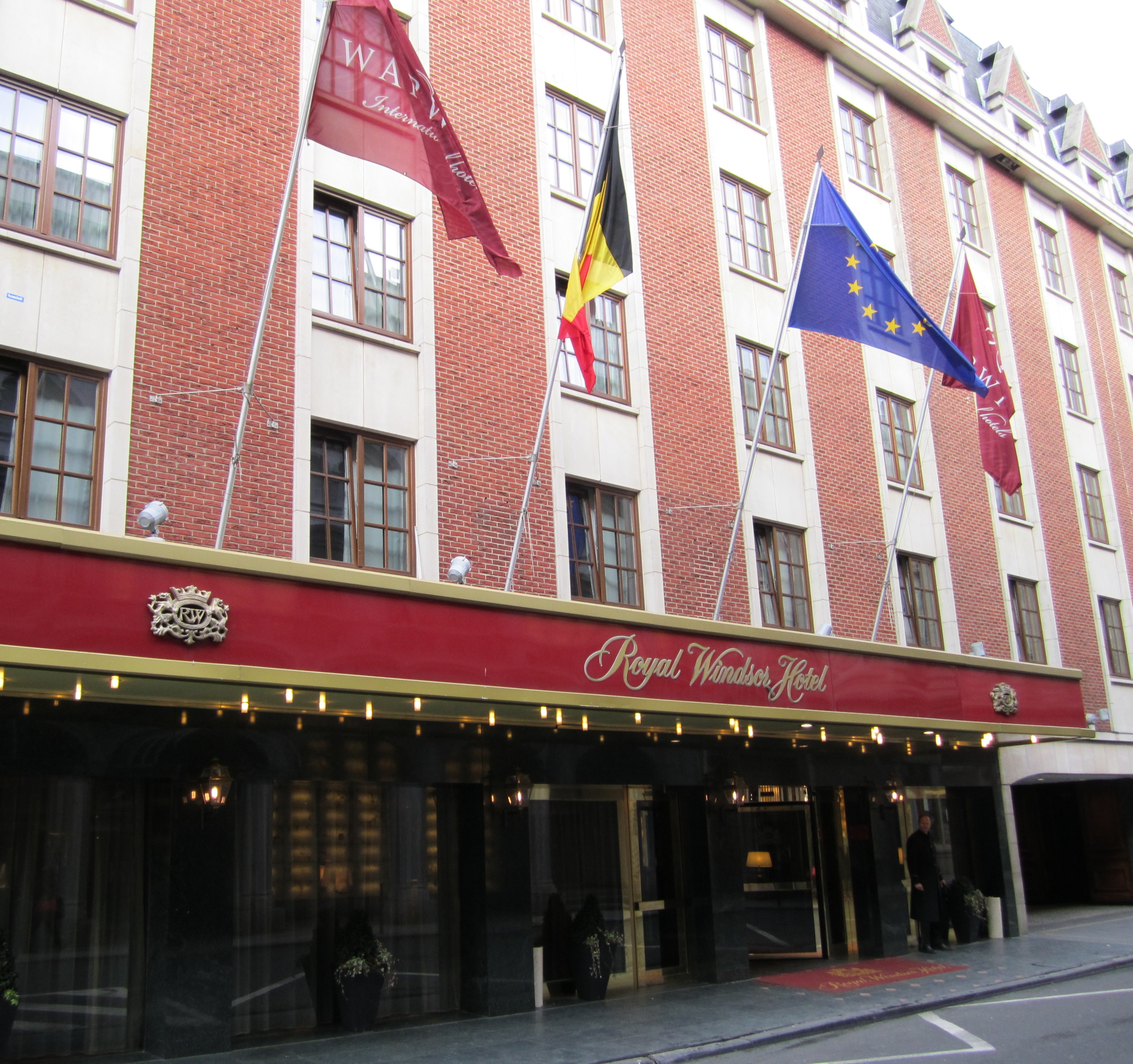 While I love to spend time in Paris, I also have a personal “Bucket List” of places that I would like to see before I you know, kick the bucket.  Belgium, that tiny little European country that gets overlooked all to often, is conveniently close to Paris via train.  Gal Pal Elizabeth and I jumped on the Thayls train at Charles de Gaulle (CDG) which took us right into the heart of Brussels.

Our hotel was steps away from the Bruxelles-Central station so we simply wheeled our bags to the front desk and checked in to the fantastic Royal Windsor Grand Place Hotel.  The facade of the hotel has a traditional British look so we were pleasantly surprised that the decor of the suites are quite modern and sleek with all new fixtures and appliances.  The size of the room was down right obscene by European standards!  The room had free Wifi via a cable conveniently located next to the functional desk area, a stocked mini bar and two flat screen tv’s – one in the bedroom and one in the living room.  The bathroom was the best I have seen in Europe at similarly rated hotels.  Bvlgari toiletries were displayed on the granite countertop flanked by adorable wall sconces.  There was a decent sized ceramic bathtub and a giant separate glass door shower with outstanding water pressure.  For longer stays, they had a small closet inside the bathroom to store your toiletries in addition to the large closet in the bedroom.  No scratchy towels here; they were fluffy and cosy!

The Windsor had a full service restaurant called Chutney’s and a cool contemporary bar which opened sporadically, but had great service.  The bartender went out of his way to make Elizabeth’s martini the way she wanted it and their wine list was quite extensive with, of course, great Bordeaux choices. 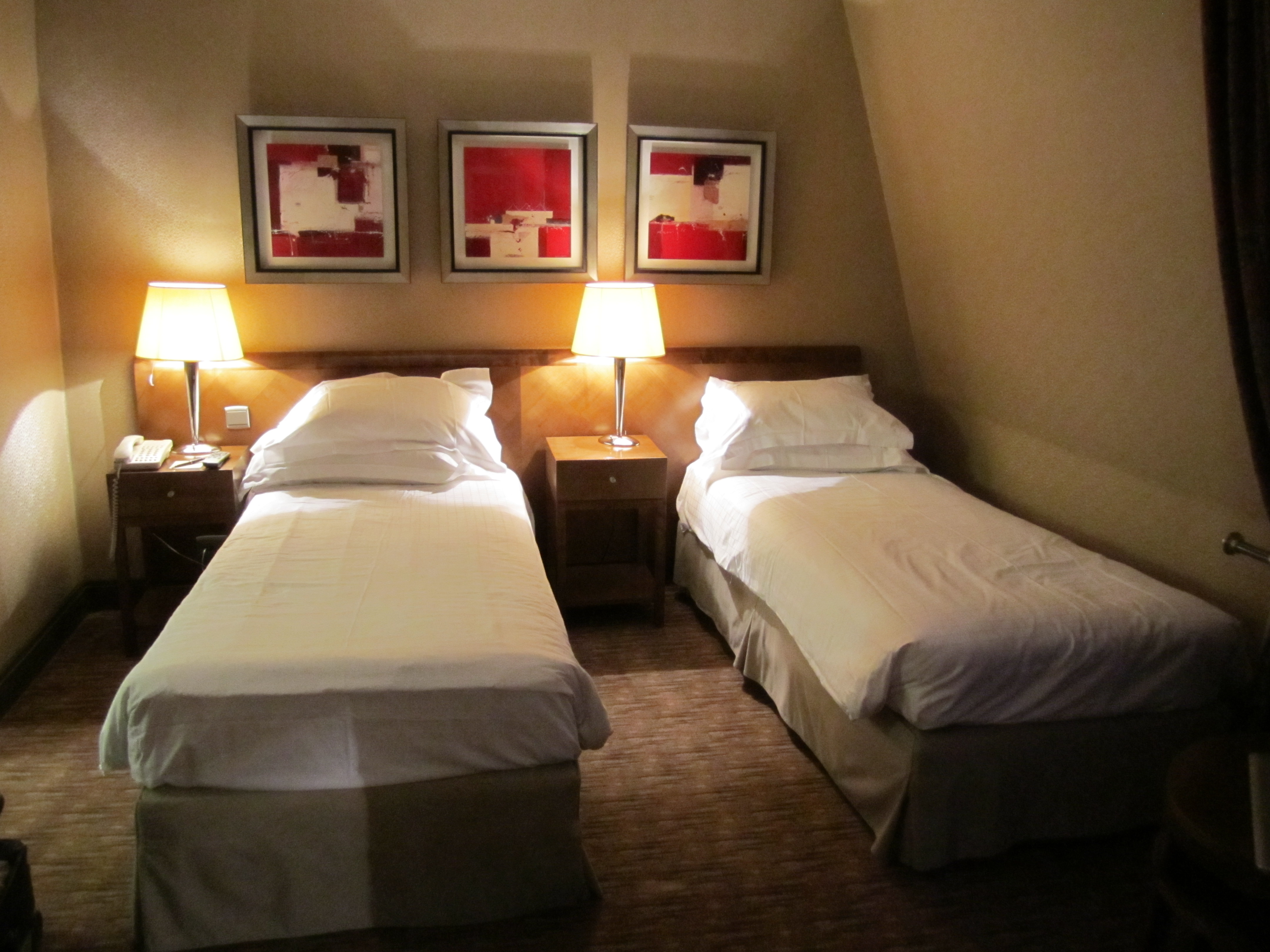 The concierge was extremely helpful.  He gave us great restaurant recommendations and looked up our train schedules for our day trip to Bruges.  The only glitch in the stay was when we checked in.  I had booked a guaranteed rate online in US dollars of $259 (split between the two of us we felt it a steal at $130 per night each).  Upon arrival the front desk clerk understood the rate to be in Euros.  As we all know, there’s a huge difference in price between the two.  He kept insisting that he was right (he must be from the German side of Belgium – don’t get all upset, I am of German decent and admit to the same streak of stubbornness) but when I provided him a print out of the reservation which clearly stated the rate was in dollars he acquiesced and changed the rate.  Good thing I had documentation!  Despite the hiccup at check-in I would definitely stay at The Royal Windsor again!  While we were there for pleasure, I highly recommend this hotel for business travelers and families alike. 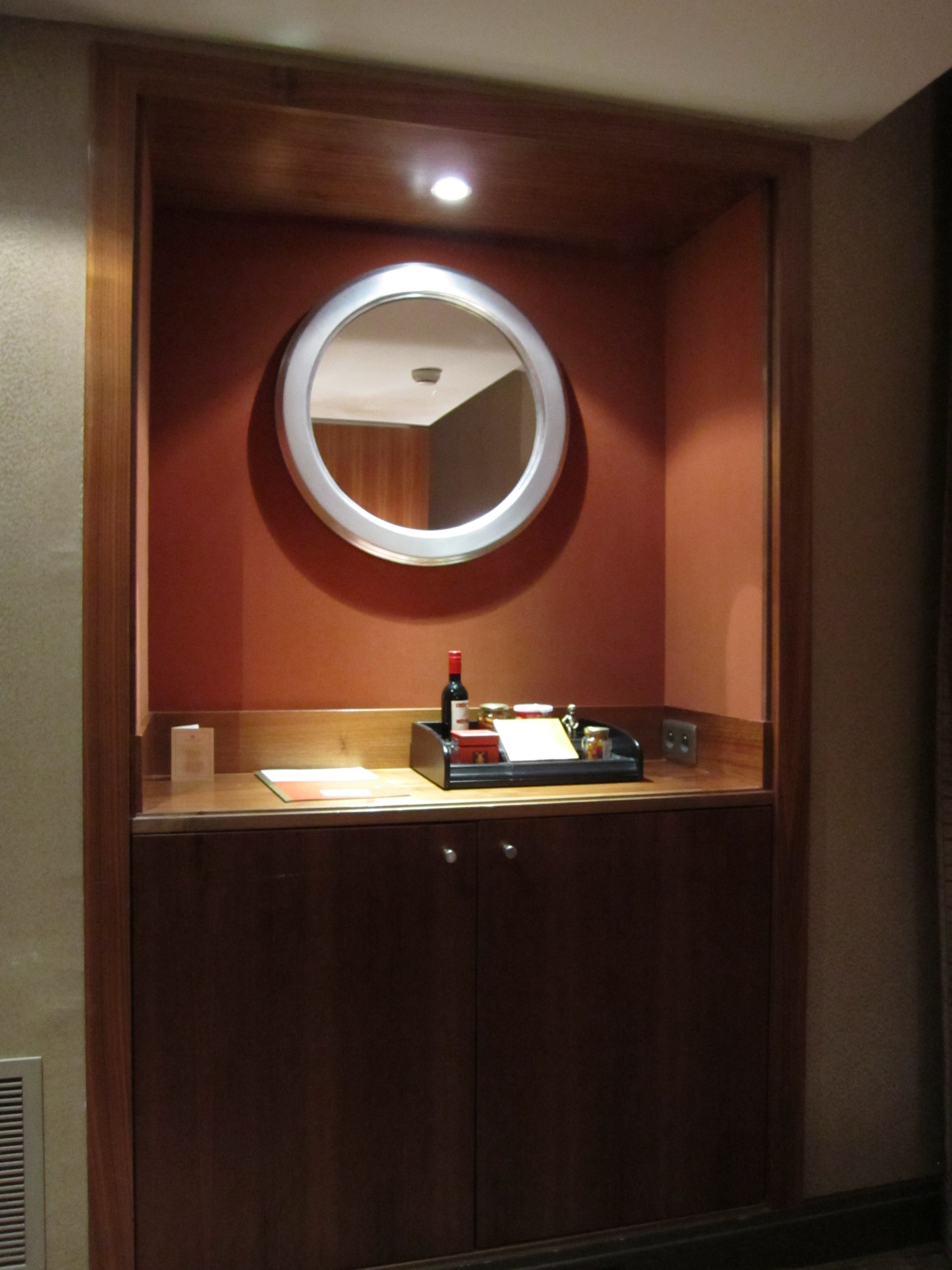 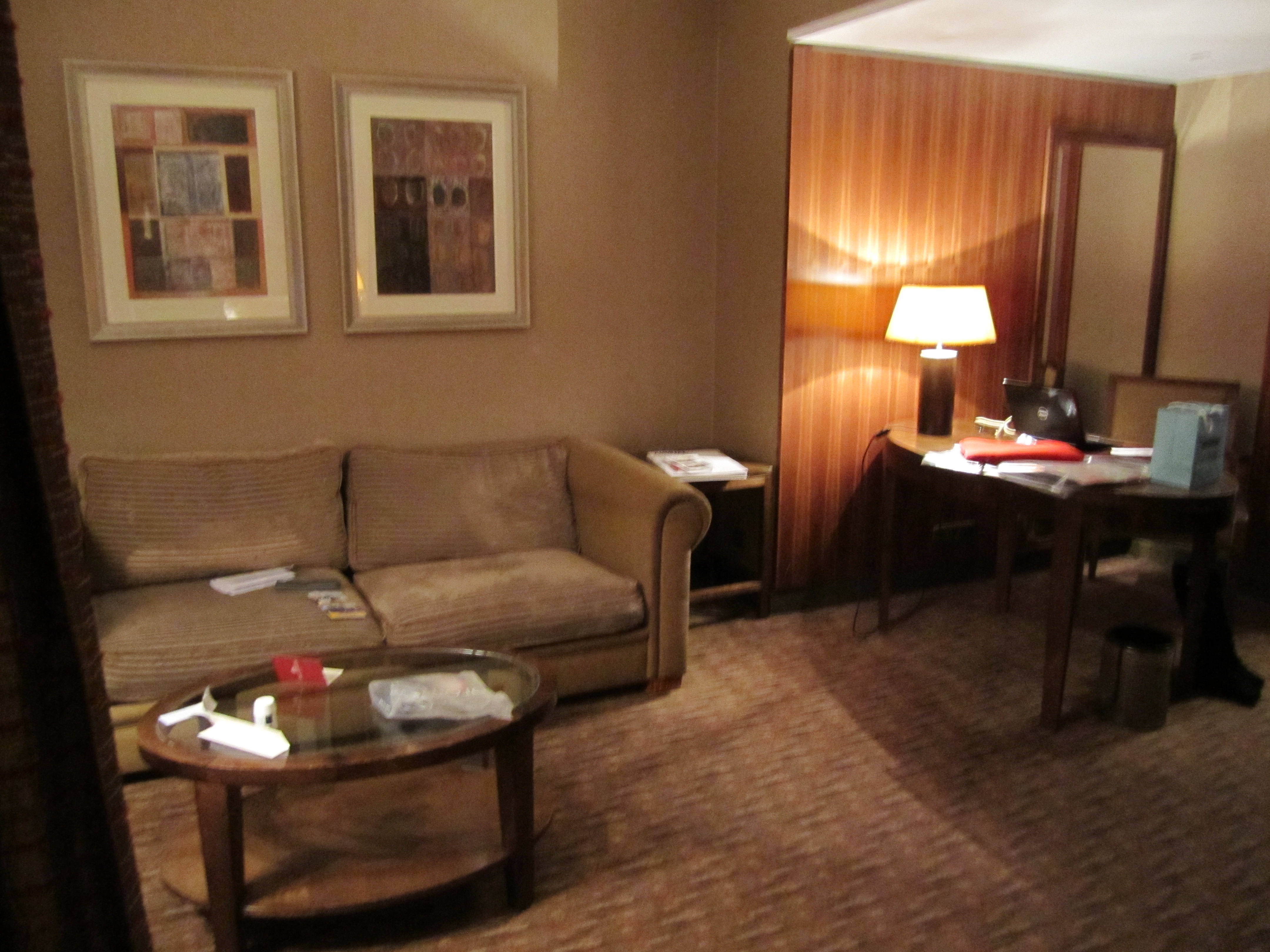 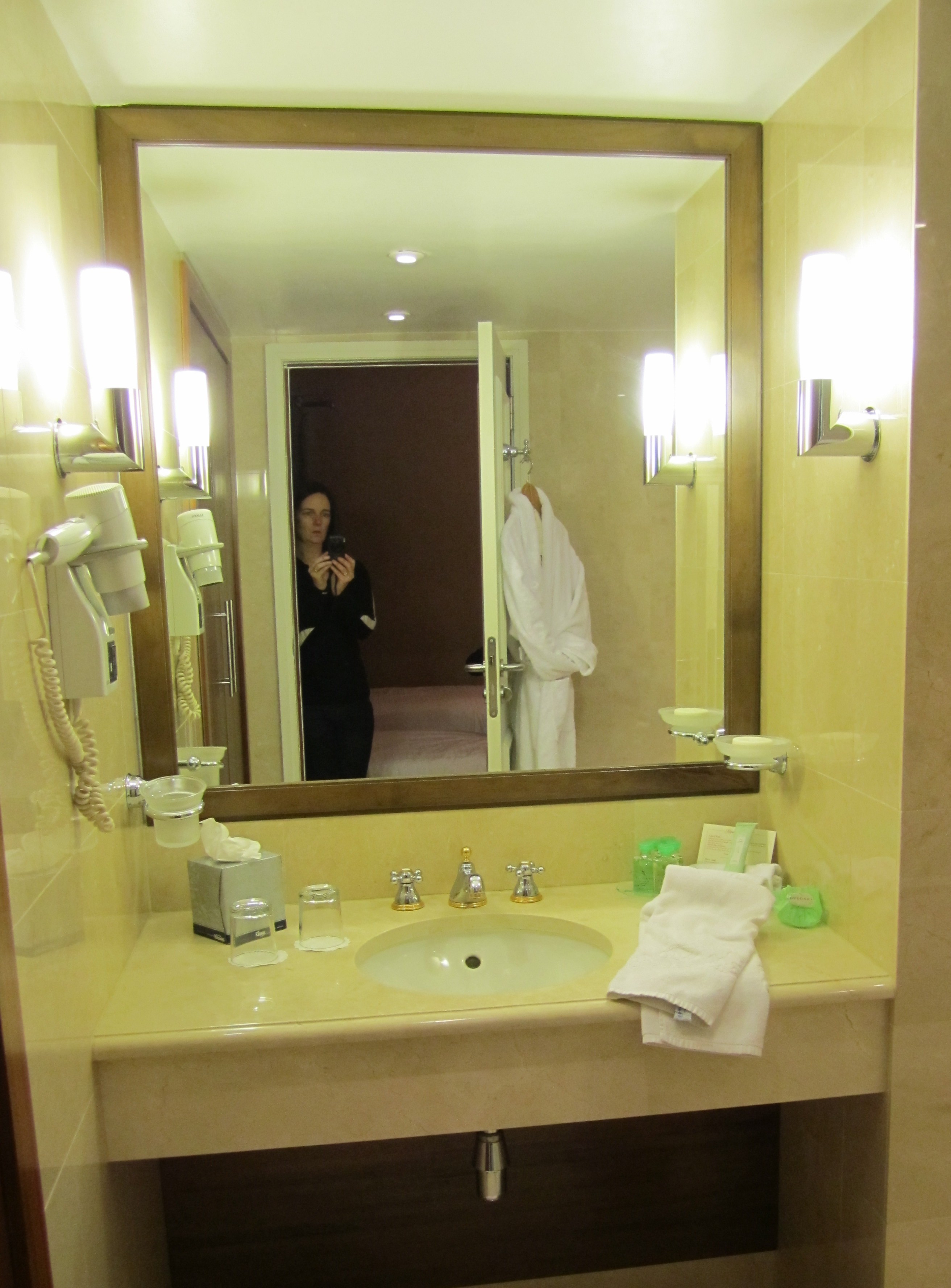