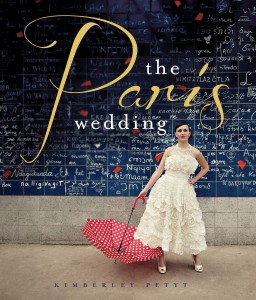 Love the red umbrella in the hands of this bride on the cover of Kim’s book!

I’ve had the pleasure of meeting the owner of Parisian Events, an event and wedding planning agency headed by French wedding expert Kim Petyt. Kim attended several of the Weekend In Paris’ Annual Tweet Up gatherings in Paris and we have stayed in touch every since. Always smiling, Kim brings an air of lightness to any social occasion so it doesn’t surprise me that she has written a soon to be best-seller book on weddings in Paris entitled The Paris Wedding. I caught up with Kim for a Skype chat and she agreed to be interviewed about her experiences. This article first appeared in the publication The Daily Basics.com, the online magazine where ANYONE can come to find all of those wonderful articles you loved reading about in your magazines but can find them now in one place online instead.

Weekend In Paris:  How long have you been a wedding planner in Paris and how did you get started?

Kim:  I’ve been planning weddings in Paris for 8 years. I had planned corporate and fundraising events in the States, and had also planned my own wedding in France while still living in San Francisco, which turned out to be quite an adventure. After my husband and I moved to France, I decided to create an agency to help other mono-lingual Paris-lovers plan their own dream weddings in Paris.

Amazing backdrop for a Parisian wedding.

Weekend In Paris:  What type of clients make the best clients? What type are the worst?

Kim:  It used to be the “client who knew what they wanted” was my favorite client. But since Pinterest blew into town, everyone knows what they want now. So my new favorite client is one who, once we start working together, trusts me enough to know that I will do everything logistically, financially and creatively within my power to give them the event that they want.  I think it would be nearly impossible to work with a client on an event as important as their wedding if this level of trust wasn’t there.

Weekend In Paris:  Any brides/grooms left at the altar? If so, what did you do?

Kim:  No, thank goodness. Since my clients primarily come from overseas, by the time they BOTH get here, they’ve pretty much made up their minds to commit. 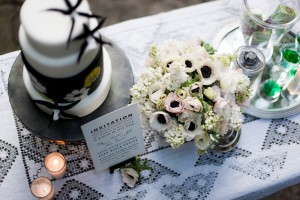 The devil is in the details for a wedding planner and the little touches like these sweet flowers make all the difference.

Weekend In Paris:  What are the latest trends is flowers? Table decorations? Venues?

It’s funny in that while Americans tend to look at Paris for wedding inspiration, the hottest trend in Paris weddings these days are American-style weddings! Whereas 5 years ago I had to have my clients bring things like funky wedding favors, Polaroid cameras for photobooths and even bridesmaid dresses with them in their luggage for their Paris weddings- all of that is completely normal at branché Paris weddings now.  Things like “surprise” first dances, stacked fondant cakes- even “Save the Date” announcements (all which used to be typically American) are some of the hottest trends at Parisian weddings these days.

Iconic pyramid in the background for this bride and groom.

Weekend In Paris:  Your book is full of glamorous photos from fantastic weddings and venues. How did you decide which ones to include?

Kim:  As you can imagine, it wasn’t easy!  Basically, when I was thinking about how I’d like to put together the book, I came up with an idea to help brides sort through the myriad of gorgeous options in planning a wedding in France. If you ask, say, 5 different American women who are thinking about getting married in Paris to describe her Dream French Wedding, you’d find that the answers are as different as the women themselves.  Where one woman may love the pale pink and gilded opulence of a Marie Antoinette-type wedding, another may want something sleek and sophisticated, like something out of The Great Gatsby or Midnight in Paris.  I decided that a main part of this book should be about helping women to define their Parisian Wedding Style.  I ended up picking 5 different styles (French Country, Montmartre/Belle Epoque, Art Deco, Modern Art and Marie Antoinette) and chose images of my past events that best fit in with those moods. I also worked with a great photographer here in Paris, Ian Holmes, on inspiration photo shoots specifically around those styles for the book, for people who want to create the same type of look for their own local celebrations.

This photo captures how many couples feel once they have tied the knot!

Weekend In Paris:  What is the typical price of planning a wedding in Paris? Budget wedding? Lavish wedding?

Kim:  You know, there really isn’t a typical price, but I can say that if you don’t live in France, flying to Paris to get married shouldn’t necessarily be considered a “budget” option. A lot of times people get caught up in the magic and excitement of say, Eloping to Paris, and they seem to forget that they have to budget for the people who are making the magic happen. I’ve had people contact me to say that they would like to hire a celebrant , a photographer and a bouquet for the bride-  and they only have $500 (USD!) to spend.   Already, they haven’t calculated the fee of the planner who is pulling all of this together (ahem!), plus the cost of the celebrant and photographers time to perform/photograph their ceremony (at the very, very minimum 3 hours each) and the cost of making and delivering the bouquet. On top of all of that, there is the ridiculously high VAT in France (19,7%).  I’m as romantic as the next girl, but these are things that really need to be taken into consideration when planning even a simple elopement or intimate wedding in Paris.

That’s also one of the reasons that I wrote my book. People have asked if I was concerned that I was “giving the milk away for free” by writing a book on how to plan a wedding in Paris. Not at all. I’ve always felt bad about not being able to work with clients who weren’t able to hire my agency. When I was planning my own wedding in France I probably wouldn’t have been able to hire me either!  What it’s always been about for me is helping connect clients with the beauty and romance of Paris. No one owns exclusive rights to Paris- there’s enough beauty to go around! If a couple decides to accept the challenge of planning a wedding in Paris on their own, then they’re going to need all of the help they can get. That’s why I wrote this book. 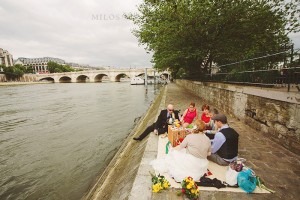 Kim also plans unconventional casual wedding celebrations like this one along the Seine.

Weekend In Paris:  What are some common practices for weddings in Paris that might be considered a faux pas in the US and vice versa?

Kim:  Each culture has their own traditions, and those can vary by region as well as by country.  For instance, for many of the Franco-American weddings that I’ve planned, the French side will set out a money box for “les envelopes”.  That’s a very old school tradition in the U.S. which isn’t practiced any more in a lot of communities. It’s often very tricky navigating between the French family who are looking for a place to put the Money Box, and the American bride who is cringing at the thought of “asking her guests for cash”.  I usually replace the money BOX with a clear, glass hurricane lamp that I decorate with a subtle ribbon. I’ll put it discretely next to the guestbook or in another out-of-the way area, and then point it out to the French parents-in-laws (since it’s usually their friends and colleagues who are looking to make cash gifts).

Famous for their macaroons, Ladurée “anything” adds a touch of class to any wedding.

Weekend In Paris:  Is a ceremony in Paris considered legal in the US?

Kim:  It all depends if they have a legal ceremony in Paris. In general, if you’re not a resident for a minimum of 40 days in the district in which you’re planning to marry, you will not be allowed a civil ceremony in France. There’s a LOT more to it than that (which I do go into in my book), but that is the very base requirement. The majority of my clients who come from overseas and aren’t able to meet the residency requirements chose to have a symbolic vow-affirmation ceremony, or a non-denominational blessing ceremony.  Neither of these is legally recognized in the U.S., so they will have to have a civil ceremony first.  I usually advise my clients to not exchange rings at the civil ceremony, and save that for their Paris ceremony. But that’s more of a symbolic gesture rather than any sort of legal requirement. 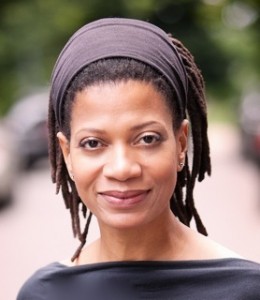 Petyt and the business have been featured in print publications such as Real Simple Weddings, LA Times, Get Married Magazine, Essence Magazine, Eco-Beautiful Weddings, Cosmopolitan China, and France Magazine. In 2011, she was featured in the New York Times T Magazine “Summer Travel” issue, highlighting her skills as a cultural liaison for brides seeking to marry in Paris. Her book, The Paris Wedding (Gibbs-Smith, 2013) is a full-color, idea-packed, go-to guide for globally minded trendsetters who are in love with the style and romance of Paris, and is available online and at booksellers nationwide. 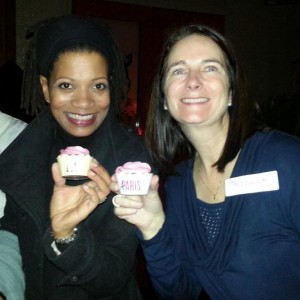 Kim and me at this year’s Tweet Up in Paris. We are each holding cupcakes by Sweet Pea Baking and Bertie’s Cupcakery. Custom cupcake wrappers with our logos by Katie Shea Design.

Where to find Kim: