Posted at 02:45h in France, Funny Stories, Paris by Weekend In Paris 10 Comments

Originally written in October, 2010 I feel this post is worth repeating for new readers since then and worth reminding myself that my goal is... 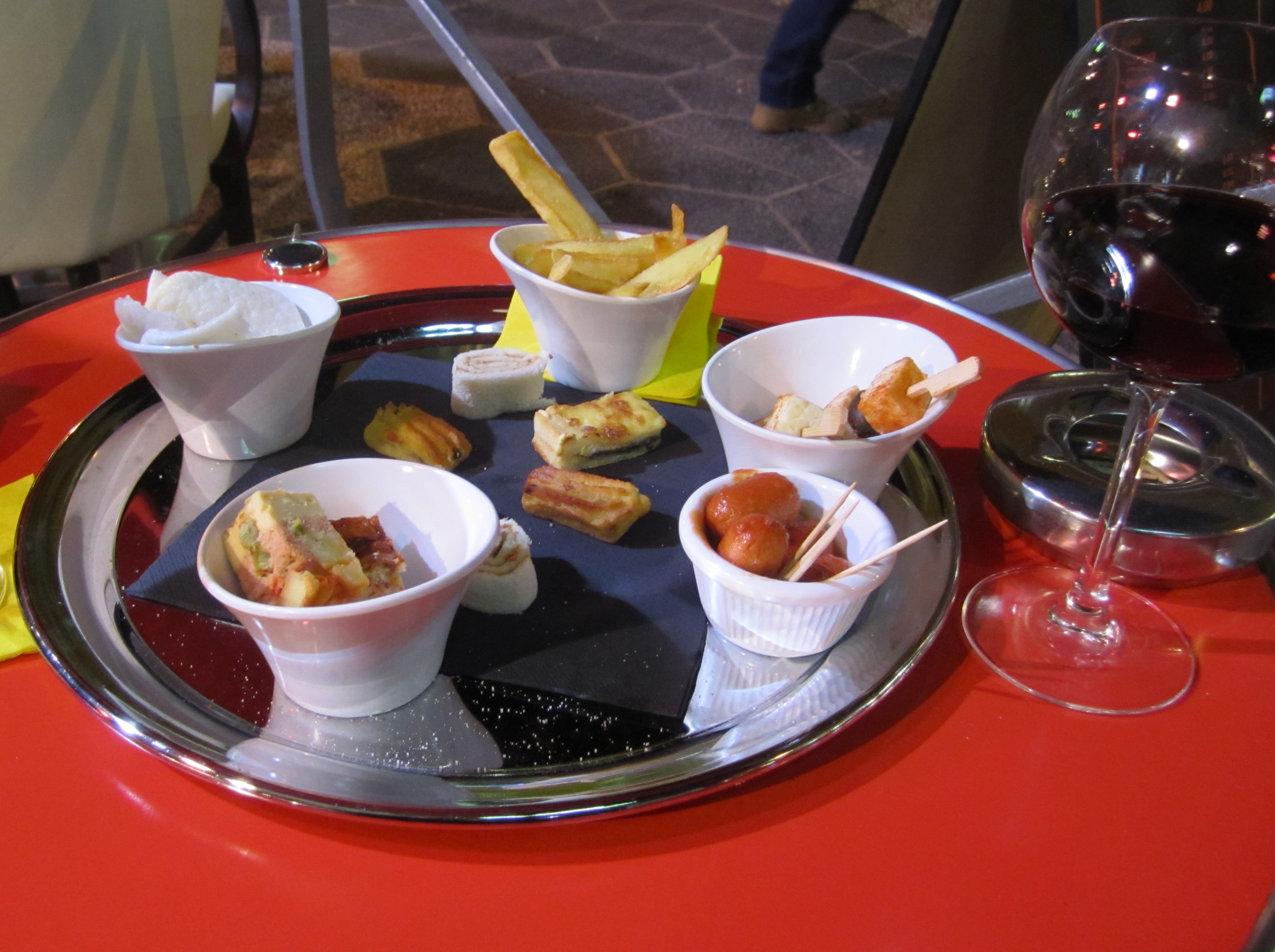 07 May Happy Hour in France at Nice Côte Lounge

Posted at 07:05h in Food, France, Nice, Outside Paris - Travel to other Cities, Wine by Weekend In Paris 0 Comments
My friends and I love nothing more than to sit at outdoor cafés and people watch in Paris so it came as no surprise when Gal Pal Elizabeth suggested we head out for a stroll for some shopping and perhaps a cocktail during Happy Hour France time. We had a few hours to kill before dinner and wandered down the main shopping area enjoying the remnants of the Christmas lights and glitter hanging above our heads down the pedestrian avenue rue de France. A stumble upon the Nice Côté Lounge was proof that some of our best finds happen by accident.
Read More

03 May A Stroll Past the Passy Market

Please enjoy this guest post from frequent contributor Margo Waite: I’ve written about the Passy Market, but not about the interesting adjacent streets which hold pleasures...

Posted at 17:05h in France by Weekend In Paris 0 Comments

[caption id="attachment_5203" align="alignleft" width="282"] Sharon with Chef François from L'Epi Dupin. I took her there to celebrate her being a fantastic flight attendant in 2012.[/caption] I've...

Posted at 01:30h in Activities in Paris, France, Nice, Outside Paris - Travel to other Cities, Travel Tips by Weekend In Paris 0 Comments

[caption id="attachment_5193" align="alignleft" width="300"] Art deco furniture, layout designed to take advantage of the views.[/caption] Southern France is gorgeous any time of year with it's 300+... 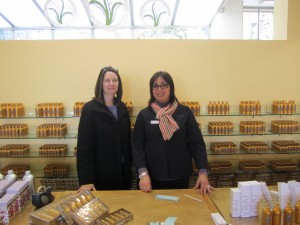 Me and Martine sorting through hundreds of choices![/caption] When in France, you must take time to stop and smell the French perfumes! I am so glad I did at Fragonard in Eze Village. The history of perfume dates back to the Mesopotamian times. As the world travelers brought the craft of creating odorous concoctions west, the Italians brought the chemical formulas to France where chemists hired by the aristocrats spent lifetimes perfecting. Yes, the French had questionable, strange hygienic practices leaving them with strong body odor that perfume was used to attempt to cover up, but now the usage is simply superfluous. Kings Louis' XV and XVI were huge consumers of perfume, as was Napoleon. Gloves were a popular way to distribute the scents to people's hands, which lasted for days, but was reportedly discontinued when evildoers began mixing poisons into the perfume to slowly poison their enemies. It was a genius way to get rid of a dreaded rival without having to "lay a glove on them."
Read More

Posted at 14:24h in Dijon, Fashion, France, Nice, Outside Paris - Travel to other Cities by Weekend In Paris 0 Comments

Posted at 07:23h in General Travel by Weekend In Paris 8 Comments

In the aftermath of the bombings in Boston, I want to share a post I wrote a long time ago. I think it is worth...

16 Apr Bostonians are Patriots by Nature

Posted at 06:45h in France by Weekend In Paris 4 Comments

I grew up on the South Shore of Boston and went into the city whenever possible. I lived in Cambridge for a couple of years...

[caption id="attachment_5101" align="alignleft" width="256"] Love the red umbrella in the hands of this bride on the cover of Kim's book![/caption] I've had the pleasure of meeting...

Read More
ABOUT Priscilla Pilon travels the world, but is an admitted Paris addict. She began her career as a food and travel writer through her own personal trips and her time spent living and working abroad. A true travel chameleon, she can find herself skiing in the French Alps one day and snorkeling in the British Virgin Islands the next. ...